How girl, 11, gouged eyes of crocodile to save friend 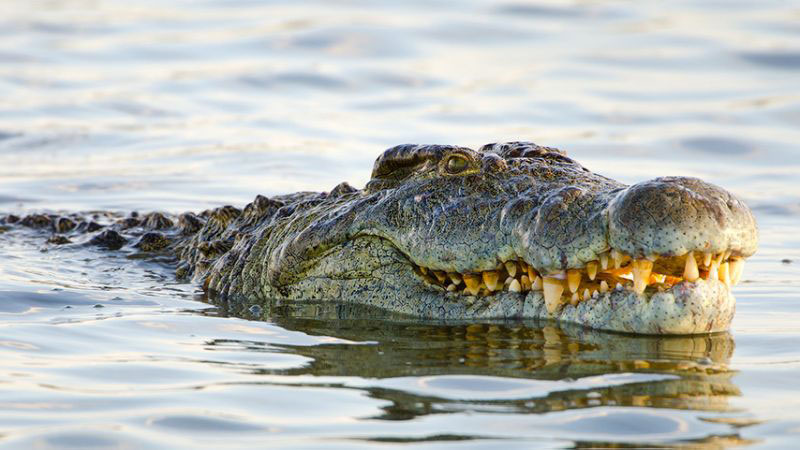 A heroic 11-year-old girl has gouged the eyes of a crocodile to save her nine-year-old-friend while swimming in a stream.

Rebecca Munkombwe from Hwange, in Zimbabwe, heard desperate cries for help and ran to a stream to find her friend, Latoya, being pulled away by a crocodile, who had its jaws locked around her thigh, according to The Sunday News.

Rebecca then mounted the crocodile and began gouging out its eyes until it loosened its grip on Latoya, amazingly, Rebecca didn’t sustain any injuries while she rescued her friend, who she pulled out of the stream when the croc let go.

Rebecca explained she felt the urge to save Latoya as she was the “eldest among the other seven children”.

“So, I jumped into the water and swam to where she was struggling to float. She was screaming in pain that something was biting and pulling her under,” Rebecca told The Sunday News.

“I jumped on top of the crocodile and started beating it with my bare hands before using my fingers to poke its eyes until it released her.”

A nurse told The Sunday News Latoya was “lucky” to have escaped with “mild injuries”, explaining the crocodile didn’t even fracture her bones.

Latoya’s father was at work when he found out his daughter had been attacked by the crocodile.

“For a moment there I thought of the worst before I learnt that she had survived after being saved by Rebecca,” Latoya’s father told The Sunday News, explaining his nine-year-old daughter is expected to be discharged soon.

“How she [Rebecca] managed to do that I don’t know but am grateful to God.” Local police have said they are yet to receive a report for the crocodile attack.