Special funds to be released for Dadu’s uplift: governor 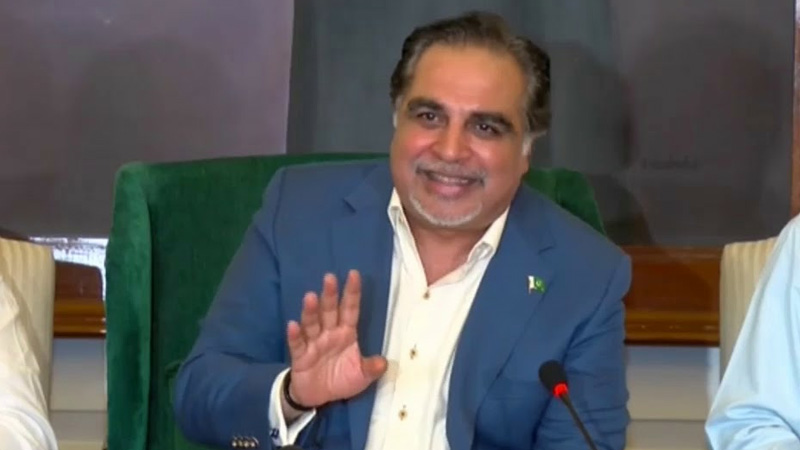 Sindh Governor Imran Ismail has said that Prime Minister Imran Khan will release special funds to resolve the issues of the area of Dadu and Sindh.

He said that he was speaking to journalist at village Betto Jatoi, a native village of former Sindh chief minister Liqat Ali Jatoi in tauka Mehar of Dadu district.

The governor said that PTI has not come into power to sack the employees from their jobs but unemployed people will not be employed.

He said that PM Imran khan has given the task to PTI leader former Sindh chief minister liaqat Ali Jatoi to develop this area.

He said that the federal government was thinking and observing seriously on the demonstration of JUIF in Islamabad.

He claimed that there was no any loss happened in demonstration of JUIF due to a good policy of federal government.

He said that federal government was ready to negotiate on the legal demands with demonstrators.

He said that the demonstrate of JUIF is near to complete speaking to water stealing issues in sindh with the help of rangers water stealing should be stopped . He said that he has advised former Sindh chief minister to submit the schemes related with water issues.

He said that he wanted to visit this area a month ago but today he came and met with different people. He denied I didn’t come to influence on by election at PS 86 Johi , it is scheduled to be held on November 7 .

On that occasion, the former Sindh chief minister said that I am thankful to governor Sindh Imran Ismail as he came and make people, issues directives to resolve it. He said I have briefed to PM over the issues of area.

He said that Governor Sindh Imran Ismail has come here to resolve the issues of area.