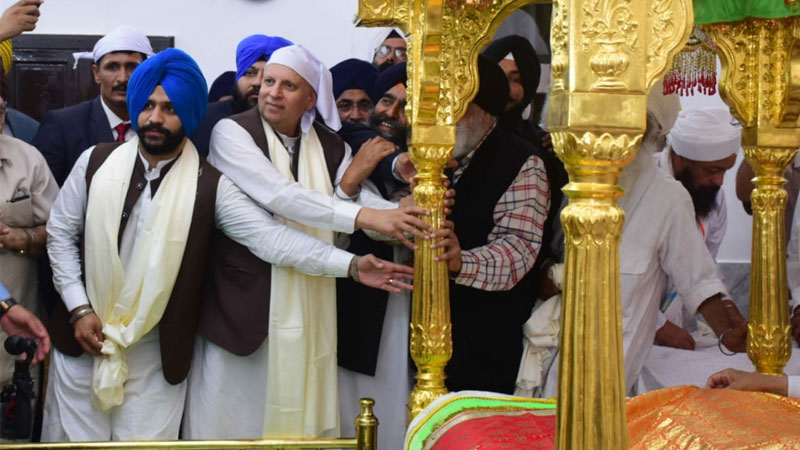 The governor along with Sikh pilgrims also installed the golden “Palki” at Gurdwara Darbar Sahib, whereas officials concerned including Project Director Kartarpur Corridor Brig Atif Majeed and DC Narowal Dr Waheed Asghar briefed the Governor about various arrangements. The gold made Palki was especially brought from India by Sikh pilgrims through Wagah border. Chaudhry Sarwar also inspected Immigration Shuttle Service besides other facilities for Sikh pilgrims during the visit. The governor also travelled through the Shuttle Bus Service from Zero Line to Darbar Sahab.

Later, talking to the media, he said that despite of Indian lame excuses and propagandas, Pakistan has completed Kartarpur Corridor project within stipulated time, adding that today, the Sikh community across the world paid tribute to the government of Pakistan for completing this project. He said that Gurdwara Sahib Kartarpur was gift to Sikh community across world by Pakistan, adding that 5,000 Sikh pilgrims from India can visit here daily after inauguration of Kartarpur Corridor project by Prime Minister Imran Khan on November 9.

The Governor said that he himself inspected all arrangements for Sikh pilgrims from Zero Line to Darbar Sahib, whereas the Frontier Works Organisation (FWO) and other officials deserve appreciation for putting in place effective measures to facilitate the Sikh pilgrims. He said that owing to Pakistan’s clear and principle stance, India has also completed this project by their side.

The Governor said that tensions between India and Pakistan prevailed due to current situation in Kashmir, adding that Kashmir issue should be resolved through dialogue process not war but if India wanted to impose a war, then Pakistan would give it a befitting response. Kartarpur Corridor project could also help in bringing both countries closer, he maintained.

To a question, he said that JUI-F chief Maulana Fazlur Rehman’s representatives had signed an agreement with government before Azadi March but now they were violating the agreement, adding that despite this, the government had no objection if they wanted to stage and continue their sit-in but no one would be allowed to take law into hands and create unrest.

Those who wanted to create unrest in the country would be foiled, he said, and added that the next general elections would be held on time in 2023 as the Pakistan Tehreek-e-Insaf (PTI) government would complete its constitutional tenure.

To another query, he said that government has no link with the cases of National Accountability Bureau against opposition and the government would implement the orders of courts pertaining to such cases, he asserted. 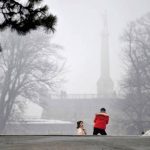 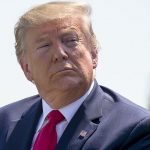 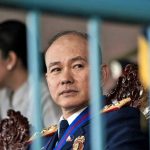