* Under Ehsaas Undergraduates Scholarship Programme, 200,000 scholarships will be awarded to needy students in four years
* PM says state should not be undermined as it comes before politics 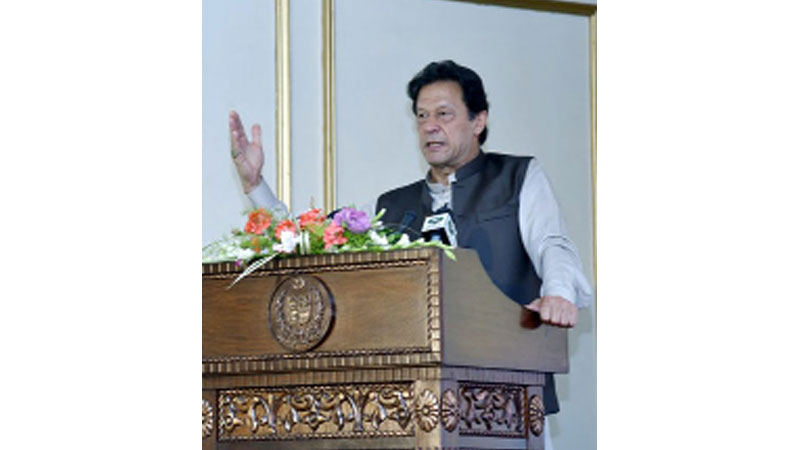 Speaking at the launching ceremony of the largest-ever undergraduates scholarship programme here, he said the people have no idea what a big change this programme will bring in the society. He said under the initiative, a total of 200,000 scholarships (50,000 per year) will be awarded to the needy and talented students during the next four years. He said due to unemployment, the talented and intelligent youth of the country was developing intolerance and tendency toward negative practices. However, this scholarship programme will help the deserving students to divert their energies toward positive sides, he said.

The prime minister also shared his experience of establishing world class NAMAL University in Mianwali. He said 90% of the NAMAL graduates, who belong to poor families, are getting good jobs in the relevant fields and their living standard has also improved. He said 50 to 55% of the students of NAMAL, which was affiliated with UK’s Bradford University, got first division as against Bradford where this number stood at 10 to 12 percent.

He said undergraduates scholarship programme will help eliminate the class-based colonial education system from the country under which the elite get education from English medium institutions while others go for education from Urdu medium schools and madaris. He hoped that the government scholarships will be awarded on merit and on the basis of aptitude tests, like done in Germany and France.

The prime minister appreciated the allocation of 50% and 2% quotas for women and disabled respectively and said the role of women has been vital in the upbringing of children as educated women have a lot of impact on children. He said his mother also greatly influenced him in getting education.

He said the philosophy behind the Ehsaas Programme is the State of Madina, which took care of the poor and downtrodden segments of the society. He said since the state is responsible for the provision of health and education facilities, the government has already launched the health card scheme in various parts of the country under which a health cover of Rs 720,000 per annum is being provided to the poor families. The scheme will be extended across the country, he added.

The prime minister said the government is working on ‘Ration Programme’ under which basic food items including wheat flour, ghee, pulses and sugar will be provided to the poor at their doorsteps. The Ration Programme will be launched after thorough analysis of database so that there is no misuse of the scheme and only deserving people get ration.

Meanwhile, Prime Minister Imran Khan has said the authority of the state should not be undermined as it comes before politics. “We will not let the state become weak in any way,” said the prime minister while talking to Pakistan Tehreek-e-Insaf leader Babar Awan, adding that the law applies equally to everyone. Speaking about the ongoing protest in the federal capital, the prime minister said that the conditional permission has been granted for march, not the rally. He said the government will strengthen the state institutions for country’s stability.