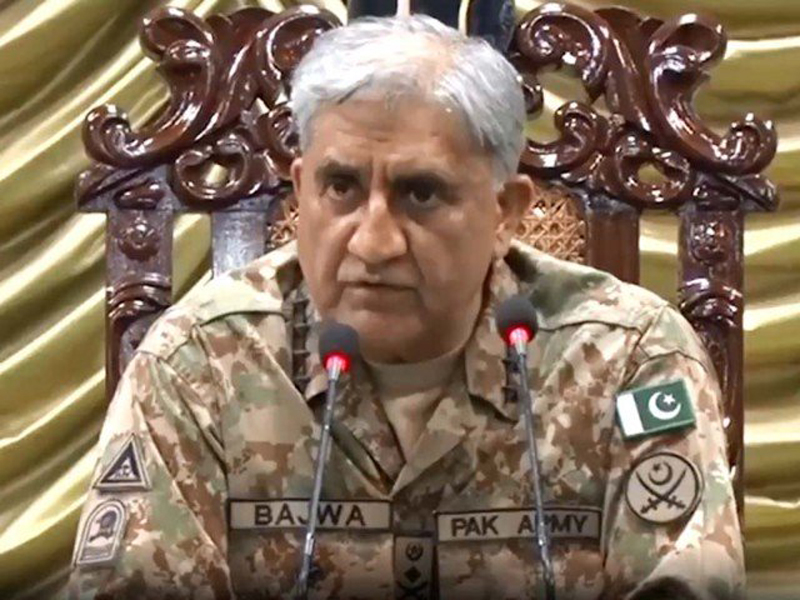 RAWALPINDI: Chief of Army Staff General Qamar Javed Bajwa said on Monday that the army is ready to support state institutions against any threat including that of from across the border, according to Inter-Services Public Relations.

“We have attained better internal security and stability through cohesive national efforts and sacrifices rendered by Pakistan Armed Forces, all national institutions & above all the nation. We shall not let it reverse to suit any vested agenda at any cost”, COAS.(2of3). pic.twitter.com/hZ1EJZRVcw

The military commanders expressed firm resolve to defend the country against full spectrum threat at the meeting, it added.