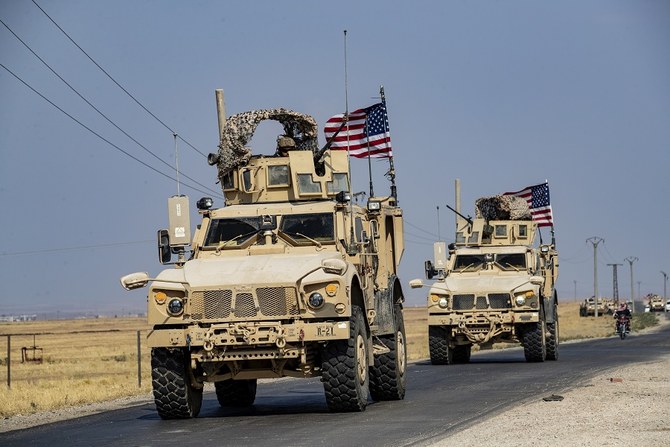 QAHTANIYAH: At least eight people were killed on Thursday when a car bomb exploded in a busy market in the northwest Syrian city of Afrin, under control of Turkey-backed rebel groups, witnesses and a rescuer said.

They said the blast also wounded at least 30.

The Turkish military helped by its Syrian rebel allies seized Afrin, a mainly Kurdish city, from the Kurdish YPG militia in March 2018 in a major offensive.

Turkish forces have since carved out a buffer zone inside northern Syria that extends along most of the countries’ border.
Videos posted on social media showed extensive damage to the market area with fires burning. Reuters could not immediately vouch for their authenticity.

Similar car blasts frequently hit crowded civilian areas in the mainly Arab populated towns near the border with Turkey under the control of Turkish-backed forces.

Residents and rebels in the rebel-held northwest blame the YPG for the attacks.

The Kurdish-led forces say they are engaged in a guerrilla campaign against Turkish forces but deny they target civilians.

Meanwhile, US forces patrolled part of Syria’s border with Turkey on Thursday for the first time since Washington withdrew troops from the area earlier this month, an AFP correspondent reported.

Five armored vehicles bearing US flags patrolled a strip of the frontier north of the town of Qahtaniyah, an area where regime forces were expected to deploy as part of a deal with Turkey, the correspondent said.

The patrol was accompanied by Kurdish fighters of the Syrian Democratic Forces, the main US ally in the years-long battle against the Daesh group.

US forces used to patrol the section of border north of Qahtaniyah before Washington announced its pullback on October 6.

The Britain-based Syrian Observatory for Human Rights said it is part of an eastern stretch of the frontier where US forces are seeking to maintain a presence.

“They want to prevent Russia and the regime from reaching parts of the border that lie east of the city of Qamishli,” the de-facto capital of Syria’s Kurdish minority, Observatory head Rami Abdul Rahman said.

The patrol follows the arrival of US reinforcements in Syria from neighboring Iraq in recent days, in what has been seen as a reversal of US President Donald Trump’s pullout order.

Washington has begun reinforcing positions in Deir Ezzor province with extra military assets in coordination with the SDF to prevent the Daesh group and other actors from gaining access to oil fields in the area, a US defense official has said.

The Turkish army and its Syrian proxies launched an offensive against Kurdish forces in northeastern Syria on October 9 with the aim of creating a buffer zone.

The invasion left hundreds dead and displaced tens of thousands, prompting Ankara and Moscow to hold a summit in Sochi.

Under the deal signed in the Russian Black Sea resort, Turkey is to assume control over one 120 kilometers wide section in the center of the border, while Syrian government forces are to deploy in sections to the east and west.

Along the whole length of the border, a 10-kilometer-deep buffer zone is to be created on the Syrian side which will be jointly patrolled by Russian and Turkish troops.