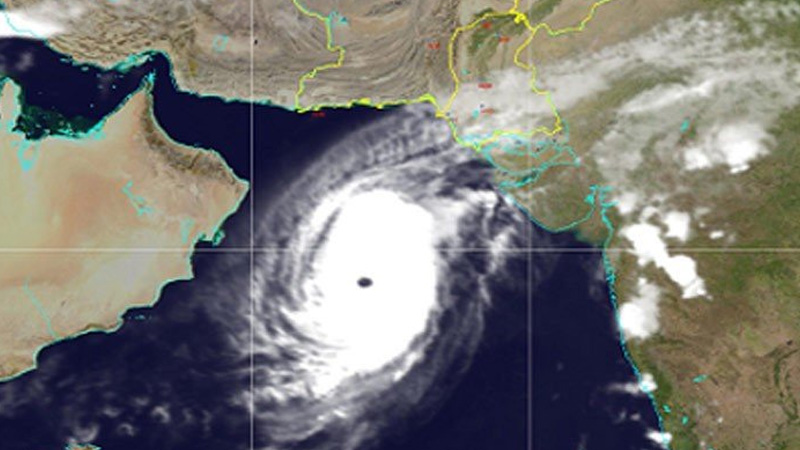 Tidal waves generated under the influence of Tropical Cyclone Kyarr, wreaked havoc in a coastal settlement near Gwadar, on Wednesday.

The Arabian Sea waves surged and submerged several houses and mud huts in coastal settlement of Gunnus. The high waves surged to cause collapse of walls of the huts leaving the people to fight the natural calamity.

The residents of the settlement fearing surge in tidal waves in the night time were forced to take refuge at nearby hill.

Local people have demanded the government to take substantial steps for protection of the settlement from intrusion of the seawater.

The local administration has provided tents for the affected people and heavy machinery also reported to be deployed for construction of a protective dyke along the settlement.

Protective dykes at various coastal areas of the district have been under immense pressure of the seawater, while a 30-feet wide breach has been developed at an embankment near Joho.

Karachi’s Rerhi Goth, Latt Basti and Chashma Goth as well as some other coastal areas of the spiraling city suffered from surging water of the Arabian Sea.

The weather department earlier said that low-lying islands may suffer because of water intrusion due to Cyclone Kyarr high tides and exceptionally strong winds and roughness in the Arabian sea, forecasting scattered rain in lower Sindh and along Makran coast from Wednesday to Friday.