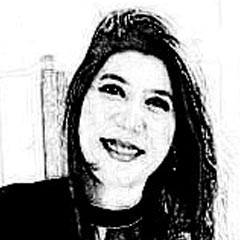 After 9/11, India has found its lost ground in Afghanistan and since then, bringing stability to Afghanistan and facilitating its construction have been two of the core foci of Indian foreign policy. By and large, India has employed a ‘soft power’ policy in Afghanistan largely through a non-military engagement by using economic and developmental assistance. President Hamid Karzai has remarked more than once that India provides ’emotional strategic depth’ to the Afghan people. It would be naive to assume that this colossal Indian involvement in Afghanistan simply stems from its aspiration to advance the security and stability of the state. The two states have recently signed a strategic partnership agreement which among other things assures more Indian assistance in building up Afghan security forces. Furthermore, India has spent about $2 billion worth of aid over the last decade to build power stations, highways and even the Afghan parliament. Nevertheless, India has two very important objectives in Afghanistan: security and economic. These will be discussed chronologically.

India regards Afghanistan as vital in its security calculus. First, India aims to foil the emergence of any brand of radical regime in Afghanistan. Moreover, India looks to limit Pakistan’s influence and aspires to keep its newly acquired strategic mileage in Afghanistan. Chiefly, India’s main concern is that no regime emerges in Afghanistan that is fundamentally hostile towards India.

when its presence had virtually withered in Afghanistan. Indian strategic thinkers believe that Pakistan has systematically pushed its agenda since 1990 by supporting the cause of the Taliban and has facilitated the nurturing of a multitude of extremist and terrorist groups in Kashmir and Afghanistan. To gain wider influence in Afghanistan, India has been trying to improve its relations with the Pashtuns hence striving to shed the view of its being the partner of just the Northern Alliance.

India also views the stability of Afghanistan as in its interests through the Kashmir-tinted lens: Afghanistan, during the Taliban regime had served as a launching pad for training and sending Islamic militants into Kashmir. As a number of scholars argue that ‘the rise of Islamist militancy on both sides of the Durand Line also correlates strongly with the rise in violence capabilities in Kashmir and across the Line of Control (LoC).

In order to minimize its dependency on Pakistan and China, in what Stephen Blank characterizes as a ‘great game’ strategy, India aspires to build alternative overland pathways to maritime ports for Central Asian resources by denying both China and Pakistan the ability to pressure Indian assets in the region

Second, the geographical significance of Afghanistan is imperative for India’s vital interests as Afghanistan is a gateway for enhancing energy and economic collaboration between South and Central Asia. India wishes to maintain good relations with Afghanistan in order to advance greater regional stability in India’s favour, hence it aspires to use Afghanistan as a ‘gateway’ in the development of a viable network of supply routes with the Central Asian markets.

Central Asia’s importance to India goes beyond the past touching contemporary security complexity, and geopolitical and economic parameters. Interconnected factors like the critical setting of the region, the need for energy resources, and the vying for pipeline routes are ample justification for India to take particular note of the region and cautiously craft its policy.

Another factor which is essential for India if it is to sufficiently exploit Central Asian energy reserves is to balance or curtail Pakistani and Chinese influence in Afghanistan and in Central Asia. India has pledged or spent some. Any planned oil and gas pipeline from Central Asia to South Asia must go through Afghanistan which ‘further accentuates the geostrategic centrality of Afghanistan for India’ and high stakes involved in Afghanistan’s stability. In order to minimize its dependency on Pakistan and China, in what Stephen Blank characterizes as a ‘great game’ strategy, India aspires to build alternative overland pathways to maritime ports for Central Asian resources by denying both China and Pakistan the ability to pressure Indian assets in the region.

It’s in the context of all these developments that India has strongly intervened in Afghanistan’s politics over the last two decades, particularly since the September 9/11 attacks. However, the influence of India will face serious challenges in the coming months. The U.S. is trying to cut a deal with the Taliban. Moreover, in an environment where India has virtual no ties with the Taliban, expecting to gain influence at the expense of states such as Pakistan is not going to be easy for New Delhi.

The writer is a graduate of Warwick university. She is an independent analyst who writes for various media outlets