International social policy analyst and expert on population ageing Prof. Dr. Asghar Zaidi has assumed the charge of the post of Vice Chancellor, Government College University Lahore with a pledge to hone the university’s research and education potential, improve its international outlook and enhance academic excellence, linkages and prestige.

Prof Zaidi, who holds a PhD in Economics from world’s top university i.e. University of Oxford, UK, is in the first instance appointed for a tenure of four years by the Punjab government on the recommendation of Vice Chancellor Search Committee headed by eminent academician Prof. Dr. Khalid Aftab. 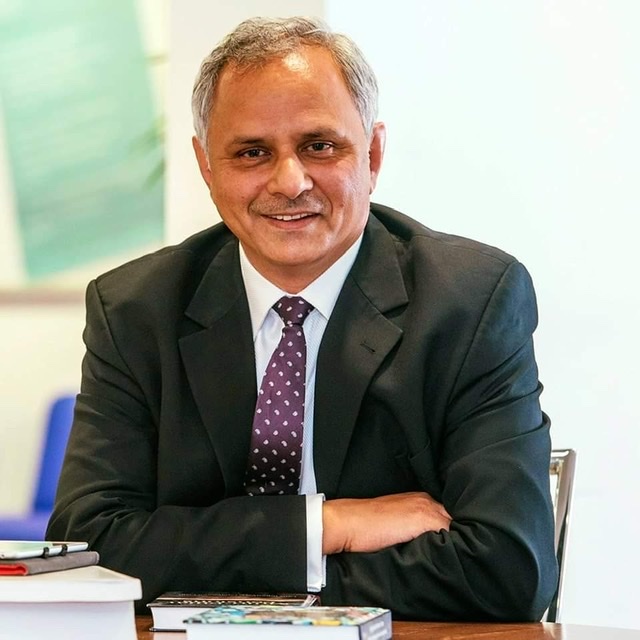 The University’s faculty and staff accorded a warm welcome to Prof Zaidi as he arrived at the University to assume charge of his new assignment. The university senior teachers said that Prof. Zaidi had brought with him a vast experience of working and teaching at the world’s top universities. They rated this appointment as a good fortune for the GCU Lahore as a person of his caliber had decided to return to his homeland and serve his alma mater. They hoped that his appointment as VC would help in the internationalization of GCU Lahore.
Talking to the university’s teachers, Prof Zaidi said GCU Lahore had great potential and they would jointly work day and night to bring it at par with the top universities of Asia. He said that it is a matter of great pride for him, like any other old Ravian, to serve this institution of highest prestige in Pakistan.

Prof Zaidi, 56, has been working for the last thirty years with different distinguished European and United Nation’s organizations and universities in the UK and the Netherlands (including London School of Economics and University of Oxford). He has been recently the Professor of Social Gerontology at the Seoul National University, a public university in Korea ranked 36 in the World QS Ranking 2019. He has also been a visiting professor at London School of Economics and Senior Research Fellow at University of Oxford, the UK. He has exceptional academic credentials with several reputed books and articles published in the top ranked journals to his credit.

In 2019, the Government of Shanghai awarded him the prestigious 1,000 foreign Experts Scholarship and he also became an Adjunct Professor at the Shanghai University, China. He is a world expert in the field of population ageing and have recently published reports in collaboration with the Ministry of Human Rights Pakistan the British Council Islamabad and Alzheimer’s Pakistan.

Previously, he was also Professor in the International Social Policy at University of Southampton (UK); Director Research at European Centre Vienna (Austria); Senior Economist at OECD Paris; Civil Servant at UK’s Department for Work and Pensions in London; and Researcher at London School of Economics, University of Oxford, Erasmus University and Tilburg University.