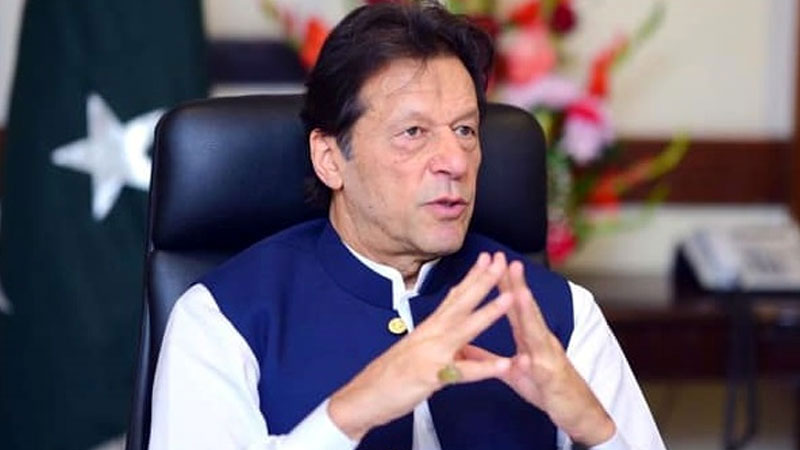 The government on Wednesday decided to allow the proposed Azadi March within the ambit of law and the constitution as interpreted in the decisions of the Supreme Court and the Islamabad High Court.

The decision was taken after a negotiating team, constituted by the government and led by Defence Minister Pervez Khattak, met Prime Minister Imran Khan, the PM Office media wing said in a press release.

“It was decided that the government, with its firm belief in upholding democratic ideals, will allow the proposed Azadi March if it takes place within the ambit of law and the constitution as interpreted in the decisions of the Supreme Court and Islamabad High Court,” it said.

The team, led by Pervez Khattak, was given a go-ahead by the government to hold negotiations, but the opposition parties showed obstinacy to respond to the government’s offer and stuck to their ‘undemocratic’ demands.

Separately, Pakistan Muslim League-Nawaz (PML-N) on Wednesday decided to fully participate in the Azadi March. The decision was taken at a meeting attended by PML-N’s national and provincial assembly members and ticket holders.

The PML-N leaders have been directed to participate in October 31 rally in Islamabad and also advised to avoid arrests in case of any crackdown. The party leaders have also been advised to create Twitter and Facebook accounts to remain in contact through social media platforms.

However, PML-N senior leader Pervaiz Rasheed said the final programme of the announced sit-in is yet to be disclosed by Maulana Fazul Rehman and a unanimous decision will be taken about it after he shares the plan with the PML-N. “We have witnessed dark nights of Ayub Khan, Zia and Musharraf’s rules in Pakistan’s political history, and now experiencing dark nights of Imran Khan’s tenure,” he told reporters here. “Those days are gone these will also come to an end,” he added.

JUI-F chief Maulana Fazlur Rehman had announced in June that his party had decided to hold an anti-government long march to Islamabad in the month of October in a bid to topple the government, which he sad had come to power through ‘fake’ elections. Maulana had first set October 27 as the date for the long march, but later deferred it till October 31.