Diplomats find no evidence of terror launch pads along LoC 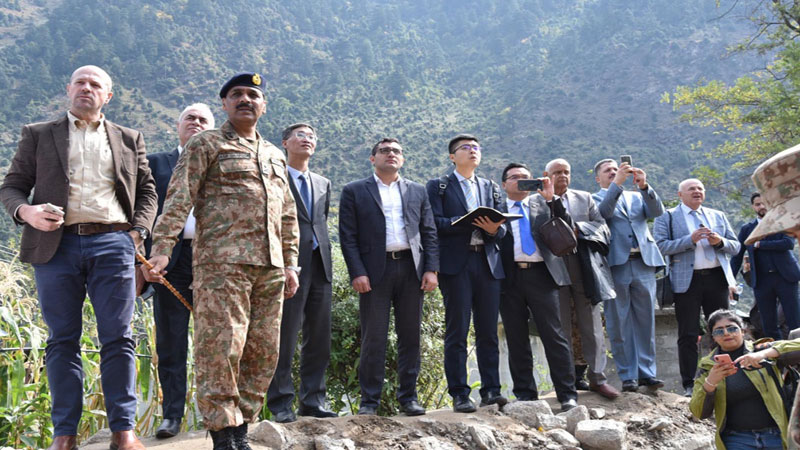 Foreign diplomats stationed in Islamabad on Tuesday witnessed the destruction of life and property caused by recent Indian ceasefire violations along the Line of Control (LoC), and asserted that no evidence of any terrorist camp in the area was found.

The diplomats were taken to the Nauseri, Shahkot and Jura sectors near the Line of Control (LoC), as well as the Nausada village, which has suffered severe damage in attacks by Indian troops.

“There is no evidence of any terrorist camp in this area. They are all ordinary people and ordinary civilians trying to make their living,” Deputy High Commissioner of Malaysia in Islamabad Deddy Feisal told media after visiting the civilian areas bombed by the Indian border forces.

“Along with my colleagues, I saw the damages, sufferings, injuries by local people here. These people are suffering and that is why I think Kashmir dispute is more and more important for the international community to pay attention to, and also for India and Pakistan to find a peaceful solution according to UN resolutions,” Chinese Ambassador Yao Jing said.

“I have a special feeling when I see that civilians were targeted here and unfortunately with some casualties, and I could see that the people are patriots and have special feelings and they have hosted us and are open to tell what has happened really,” said Ambassador of Bosnia Sakib Foric.

In a rare move, India’s deputy high commissioner in Islamabad was also invited to join the foreign diplomats on the LoC visit, but he declined.

During the visit, the diplomatic corps personally witnessed the destruction of life and property resulting from the recent Indian ceasefire violations, including use of heavy artillery, Foreign Office said in a statement, adding that they also visited the injured in a hospital in Muzaffarabad. “After the baseless and fallacious statement of the Indian army chief alleging that recent Indian ceasefire violations were targeting launch pads/terrorist camps on the Pakistani side of the LoC, Pakistan requested the Indian High Commission in Islamabad to share details, including longitudes and latitudes of the alleged location to back the Indian allegations,” the statement said, adding that no response has been received so far from India.

“The irresponsible allegations of the Indian army chief and the lack of response from India when asked to back its hollow assertions with details of the alleged launch pads/ camps not only expose the lies and deceit being employed as state policy and Indian aggressive posture which is a growing threat to regional peace and stability,” the FO said.

The visit has further exposed the Indian falsehood to the international community and the desperate attempts being resorted by India to divert international attention from the humanitarian nightmare in IOJ&K,” it said.

“Pakistan does not harbour any aggressive designs but our armed forces and people remain ready to defend the country against any acts of aggression,” it added.

Inter-Services Public Relations (ISPR) Director General Major General Asif Ghafoor in a tweet questioned, “What good Indian High Commission is which cannot stand with its Army Chief?” “Indian High Commission staff didn’t have the moral courage to accompany fellow diplomats in Pakistan to Line of Control (LOC). However, a group of foreign diplomats and media was on the way to LOC to see the truth on ground,” he added.

Maj Gen Ghafoor briefed the diplomats and media persons about the situation in the area. The visitors were also shown remains of the artillery shells that were fired by the Indian troops from across the LoC.

DG ISPR said that in 2018, there were 3,038 Indian ceasefire violations and 58 civilians were martyred while another 319 injured. In 2019, so far there have been 2,608 ceasefire violations due to which 44 civilians have been martyred and 230 injured. He said the difference between the Pakistan Army and Indian army is that the former follows military norms and only targets Indian posts. 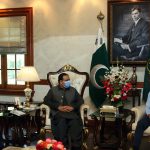 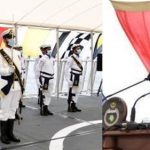