There will be no sit-in on Oct 27 in Islamabad, says opposition 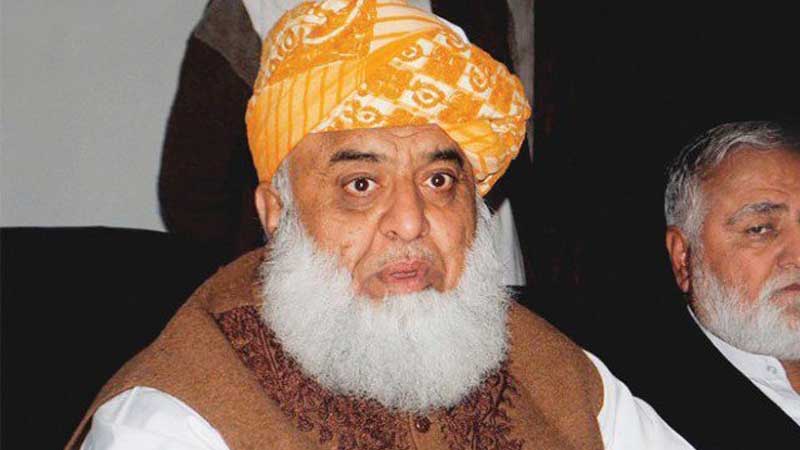 Local leaders of various opposition parties gathered in Islamabad on Tuesday for an All Parties Conference (APC), in which it was unanimously decided that no sit-in would be staged by the opposition on October 27.

“As in other parts of the country, October 27 will be observed as Kashmir solidarity and Black Day,” said JUI-F’s Maulana Abdul Majeed Hazarvi.

The opposition will hold a large demonstration outside the National Press Club, said Hazarvi.

Outlining the party’s October 31 plans, the JUI-F leader said that participants of the ‘Azadi March’ will be welcomed into Islamabad that day and the city will witness a show of force by the opposition.

He reiterated the party’s demand for the resignation of Prime Minister Imran Khan and called for fresh elections to be held in the country.

PML-N leader Tariq Fazal Chaudhry, too, sought to clarify that no sit-in would be staged on October 27. “A peaceful march to express solidarity with the oppressed Kashmiris will be held,” he said.

“Islamabad is our city and we are more aware than the administration of the difficulties its residents have to face,” said Chaudhry.

He warned the Islamabad administration to refrain from “ruining the atmosphere with arrests of participants”.

PPP leader Sibt-i-Hasan Bukhari voiced similar sentiments regarding the nature of activities due to be held on October 27. “Our protest will be peaceful,” he said.

The APC participants also expressed their concern over the health of incarcerated party leaders such as Nawaz Sharif, Maryam Nawaz and Asif Ali Zardari.

When asked about whether or not the PPP will participate in a sit-in on October 31, Bukhari said the decision will be made by the Rahbar Committee – a group of opposition leaders that has been holding joint consultations on the anti-government march.

In a session of the committee held a day earlier at the residence of JUI-F leader Akram Durrani, the opposition parties had expressed their resolve to hold a “peaceful march” on October 27 for which they had declared there would be “no compromise”.

The opposition had said that talks with the government would be contingent on permission being given to hold the march on October 27.

A majority of opposition parties, including the PML-N and PPP have decided to answer JUI-F chief Maulana Fazlur Rehman’s call to band together and march against the government on October 31. The opposition had previously refused to come to the table for talks with the government and had voiced a singular demand: the resignation of the prime minister. It had said that no talks can take place before the premier steps down.