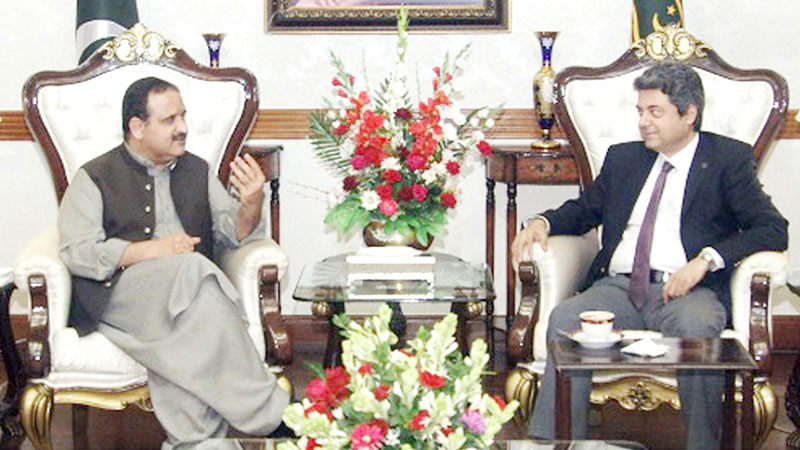 Punjab Chief Minister Usman Buzdar warned on Tuesday that no one would be allowed to disrupt daily life of the general public.

CM Buzdar presided over an important meeting of the provincial cabinet, and mentioned that the law enforcement agencies have been directed to ensure maintenance of the law and order situation in the province.

The chief minister referred to the planned anti-government agitation called as ‘Azadi March’ by the Jamiat Ulema-e-Islam-Fazl (JUI-F) at the end of this month, seeking to topple Prime Minister Imran Khan’s government.

The meeting decided about ways to cope with challenges posed by the opposition parties. Importantly, it further concluded that stern action will be taken against lawbreakers and disturbers of the peace indiscriminately.

Re-emphasising on maintenance of the law and order, Buzdar said that the law would “make its own way against lawbreakers. Besides, the provincial cabinet approved amendments to e-stamp rolls that would allow the public to make online payment efficiently.

Moreover, the cabinet has subjected that the matter of amendments to Punjab Police (Ministerial Posts) Rules 2017 to the conditional permission from the department of law.

The government will be able to assign powers of magistrate to the competent officers. The Punjab Cabinet further approved method of appointment of the vice chancellor of the University of Agriculture, Multan, composition of the search committee and guidelines.

Separately, Federal Minister for Law Farogh Naseem has held a meeting with the Punjab CM Usman Buzdar where they discussed the overall situation and matters of mutual interest.

Farogh Naseem and Buzdar also exchanged views over the welfare programmes for lawyers in the country.

CM Usman Buzdar, while meeting the law minister, said that the government has introduced various new regulations in a very short period and it would continue to amend the laws for the welfare of the nationals.

He was of the view that the Punjab Assembly will make a record for formulating legislations as new acts would be introduced soon in view of the public needs. Buzdar added that the provincial government is also holding consultations with the lawyers.

The chief minister said that he will stand alongside the lawyers’ community as he is himself a lawyer.

He said that the present government in Punjab has ended the tradition adopted in past for making sole decisions by promoting the culture of consultations with the cabinet members.