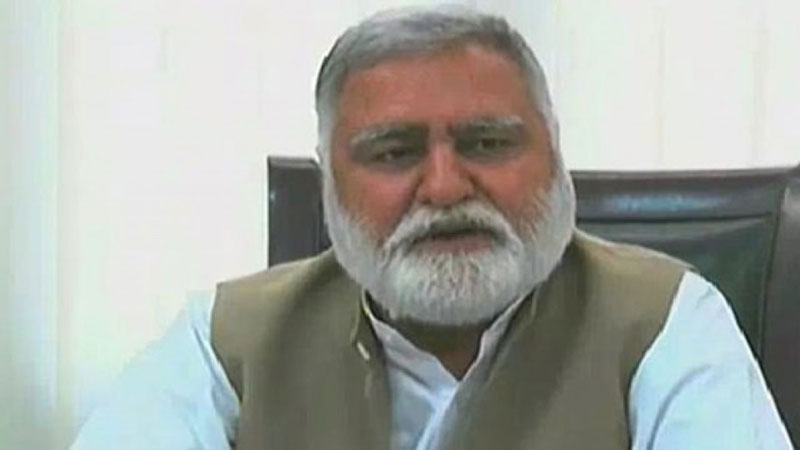 He filed a petition, citing the NAB chairman, the Investigation Wing-II’s deputy director, and investigation officer as respondents. A division bench, headed by the IHC chief justice, will take up the petition today.

Akram Durrani states in his petition that he has been cooperating with the anti-graft watchdog in its probe against him. He said he was in Quetta due to political activities when he learnt that his arrest warrants had been issued by the bureau to stop him from garnering support for his party’s upcoming Azadi March.

He said he was granted protective bail by the Balochistan High Court on Oct 10 and feared that he will likely be arrested by the bureau once his protective bail ceases to have an effect. He pleaded with the court to grant him bail before arrest.

Earlier, Durrani appeared before an investigation team of NAB probing an assets beyond means case against him. He submitted a reply to the questionnaire given to him by the anti-corruption watchdog’s investigators.

Sources said that Durrani submitted answers to the 15 questions and also provided particulars of assets belonging to him and his family.

During the hearing, the speaker Sindh Assembly and other accused persons were produced in the court.

The judge questioned the National Accountability Bureau (NAB) to tell the status of arresting other accused in the case.

NAB prosecutor told the court that the institution will ask Sukkur police to take action in this regards. The judge expressed annoyance over the reply, said that the court wants a report from the investigation officer but not the police forces.

The judge said that the court is not giving a final deadline for action against the absconding persons, otherwise, the investigation officer will be sent behind bars and the case will be separated from the assets’ reference if the arrests were not made till the next hearing.

Later, the accountability court re-issued arrest warrants of the proclaimed offenders which include Agha Siraj Durrani sons, daughters, wife and others. The hearing was adjourned till November 5.

Speaker Sindh Assembly had been nabbed by National Accountability Bureau (NAB) on February 20 in a case pertaining to assets beyond known income.

On July 20 last year, the anti-corruption body had ordered an inquiry on charges of corruption against the Sindh Assembly speaker.

According to a NAB statement, three separate inquiries were initiated against Durrani.

One inquiry pertains to allegations of accumulation of assets beyond known sources of income by the PPP leader, while the second pertains to illegal appointments of 352 on government posts.