Are Iqra and Yasir Hussain counting down days until their wedding? 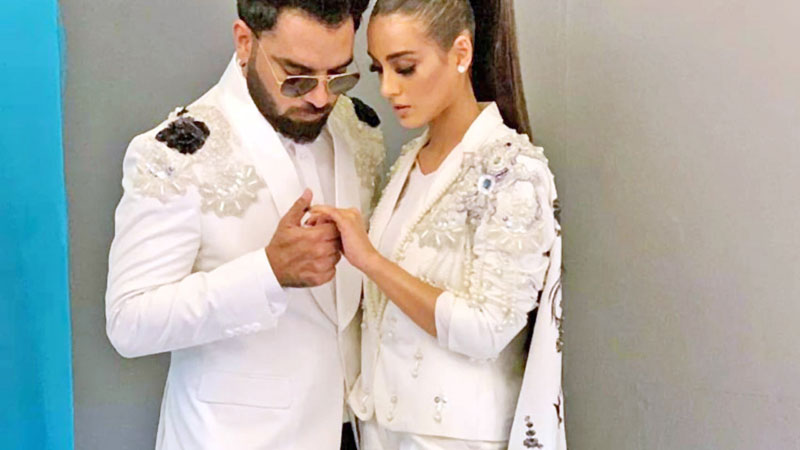 Actors Iqra Aziz and Yasir Hussain, the much sought-after couple, after getting engaged at the Lux Style Awards appear to be getting ready to get hitched as well.

In her latest Instagram post, the 21-year-old Suno Chanda actor shared an endearing photo of herself with her beau Yasir Hussain accompanied with a heartfelt caption.

“I have never met a man as supportive as you, my love,” she said.

It looks like the duo may finally be gearing up to tie the knot as well as Iqra Aziz drops a hint saying, “Counting days until we become official.”

Yasir had earlier also hinted at their probable marriage back in June during an Instagram Q&A session where he was asked about his plans of getting hitched in 2020.