* The Namib Desert, located on the Atlantic coast in south-western Africa, is one of the driest places on Earth 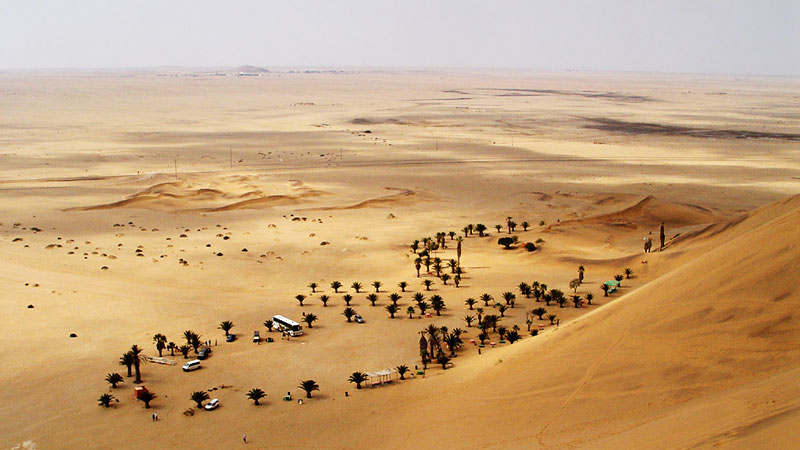 But to date no one has been able to explain the elliptical forms of millions of spheres made on the desert Namib.

The Namib Desert, located on the Atlantic coast in south-western Africa, is one of the driest places on Earth. In the vernacular it means ‘the area where there is nothing.’

The sand dunes on this region resembling the surface of the planet Mars, are rough rugged mountains.

This vast area of 81,000 sq km of three countries shows a sprawling field of pebbles and sand.

One and a half million years old, this desert is considered the oldest desert in the world.

In comparison, the Sahara desert is only 20 to 70 million years old.

The temperature here reaches 45 degrees Celsius in the summer and the nights are cold enough to freeze.

It is one of the most inaccessible areas of the earth in terms of population.

Yet many tribes have made it their home.

In the process, some strange landscapes were created, which surprised the experts.

The Namib Desert extends from southern Angola to Namibia, and then over 2,000 km to the northern part of Africa.

It meets the sea dramatically on the long Atlantic coast in Namibia. It seems as if an endless sea of sand extends eastward, reaching 160km wide slopes within South Africa.

In the driest parts of the Namibian, on average, it receives only two mm of rainfall a year. There are many years when it is not raining at all.

The sand dunes on this region resembling the surface of the planet Mars, are rough rugged mountains 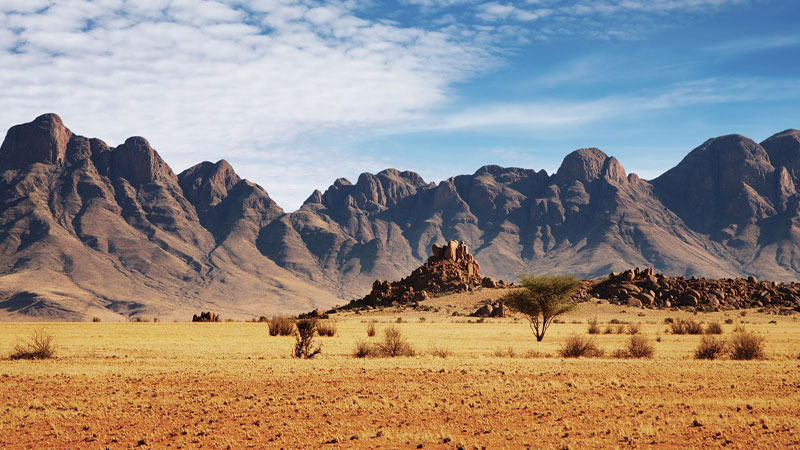 Ostriches are raised his body temperature to reduce wastage of water. Hartmann’s mountain zebras are very clever climbers who have learned to place themselves in the uneven terrain of the desert.

Oryx can survive for weeks without eating only the roots and sugar of plants.

The most dangerous area of Namib is filled with sand dunes and rusty debris from broken ships.

Spread over 500 km along the Atlantic coast, this area is known as Skeleton Coast.

Spanning from southern Angola to central Namibia, the area is filled with numerous whales and debris of nearly a thousand ships that have been gathering there for the past several centuries.

This caged beach is often covered with deep fog, formed by the cold winds of the Atlantic and the warm winds of the desert.

It is difficult for ships to pass through this fog.Local San tribes say that God has made the area a rage.

In 1486, Portugal’s leading ship, Diego Cao, stayed on the Panjar coast for a while on the west coast of Africa.

Cao and the people there made the cross there, but in difficult conditions, they could not stay long.

On the way, they named the place ‘Gate of Hell’.

The salt and mud area is one of the third largest national parks in Africa, spanning over 50,000 square kilometres.

Sand mounds are everywhere in Namib, but their color turns dark orange near Sousse Ville.

This colour is actually rusty. The amount of iron in the sand here is very high, which makes it rusty.

Some of the sand dunes here are the tallest in the world. Some dunes are up to 200 meters high. One mound north of Sousse Ville is about 400 meters high.

One of Namib’s amazing puzzles is the first piece of land known as the ‘fairy circles’ or circles.

There are no plants in circles or circles surrounded by grasses of a particular species.

There are millions of circles or spheres of this kind throughout the Namibia that have amazed experts for decades.

Circular spots on the sand

Looking at these circles from the sky, they look very pleasant.

These circles are visible everywhere in the infinite desert of Namib, which sometimes look like smallpox spots. These circles are also found on the plains of gravel and on the sand dunes. Their shapes are round everywhere. The circles found in Australia are similar to those in Namibia, but the soil structure is different at both locations. This has surprised scientists even more.

The footsteps of the gods

Experts are still shocked and upset at solving the fairy circles’ puzzle, but Namibian locals already knew about these shapes.

The native Hamba people believe that it was created by spirits and are the image of their god Makuro.

To solve the mystery of these patterns, a few mathematicians tried to understand whether these circles formed into a particular pattern.

The truth is in the front

To date there has been no general theory of the description of these constituencies that is acceptable to all.

Some research suggests that these circles are caused by termites that continue to search for water and nutrients from the ground.

By feeding the roots of the plant they create an empty space under the ground, which makes it easier for rainwater to reach the ground.