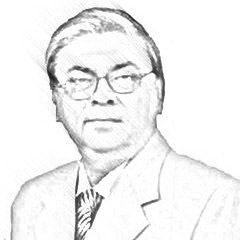 There are primary questions about the UN to think about than only to lament on its nagging problems or standard opinions. Why has it not efficiently and effectively coped with the deteriorating world peace and security and worsening state of human rights and injustice? Should the UN managers only rest on some such laurels as peace-keeping and development assistance and is it just enough to criticize great power politics, hypocrisy and aid with strings diplomacy? Is merely defending or advocating the UN’s utopia on human values, social and economic measures and pacific settlement of disputes sufficient in ameliorating the sufferings of our world’s majority? Why practical answers to these basic concerns have not been found even after five decades of UN creation is because men at the helm of world affairs have not worked on the basic human issues and snags. Such UN bottlenecks have to be struck open as those relating to negative vested pursuits, die-hard national vanities, international fear and mistrust, deadly race for material adventures, vicious circle of blind criticism and degeneration of moral and human values. What remain of paramount significance is endeavoring something new, idealistic, challenging and indispensable after identifying the following fundamental issues that continue to render UN so helpless since its inception five decades ego.

Self and national interests, which are reflection of human nature, are positive interests so long collective security and welfare are not threatened. But when the negative side of these vested interests unfold, the results are obvious. There are such in-house intrigues by the men who matter at the UN that hardly leave any time or interest for positive thinking and action in world affairs. Such great power interests as extending frontiers of egoistic, nationalistic and materialistic influence have aggravated the problems of poverty, hunger, disease and illiteracy of many countries of the Third World. It is because of the clashing national interests of the great powers in general and concerned parties in particular that many burning international issues like Kashmir, Afghanistan and in Iraq and alike continue to pose potential threats to world peace and security. Deadly national priorities from conventional to nuclear arsenals and from horizontal to vertical proliferation of hazardous weapons lead to a highly volatile international situation.

How sensitively, vociferously and dangerously the psychologically or practically warring nations vow to defend their pride, self-esteem and national integrity! National or patriotic spirit is a healthy hallmark when it comes to national defence and the projection of national image. It’s a great challenge to the UN when burning national vanity tends or intends to take a heavy toll of world peace, stability and progress. The ego challenge becomes all the more disrupting when our world body is rendered useless, null and void or good for nothing amid war of nerves or armed conflicts as through apartheid or racial discrimination and hegemonies designs of powerful governments against weaker nations or factions where might is no more right.

In a retaliatory world atmosphere, whether through war of attrition or aggression by proxy, i,e subversion and detachment, or through conventional warfare and threats of unclear holocaust, there is ever-growing international fear, mistrust and instability. In such a sorry and apprehensive state of world affairs, the very questions of international peace, security, understanding, cooperation, fair play and stability do not arise. Talking of raising international literacy, educational, social, economic and technological levels without human trust and understanding is merely building an international castle in the air. The pathetic conditions of famine affected of Chad, Gabon and Mali, the rocketing world population and sub-normal levels of life and justifying nuclear arms race as balance of terror are dreadful examples of human fear, mistrust and exploitation.

The great powers have been crafty enough in letting sub-normal status quo linger along through politics of self-interests and non-developmental relief-oriented assistance. The masses have not been exposed to contemporary educational and technological insights and continue to dwell in the traditional shell of ignorance, ill-health and immobilization. The so-termed developed, highly industrialized, welfare societies have reached their own optimum level of riches and luxuries. Such upper material extremes are said to have adversely affected their personal and social stability to lower moral extremes. The natural moral family support has quickly and largely shifted to an artificially-regulated government support. The secret of contemporary western success is ingenuity and perseverance in materialism and high technology. Such secret has secretly overshadowed natural needs of love, care and commitment to self, family and friends amid a rising graph of crimes and suicides and the urge to exploit.

UN reformers and world intelligentsia are part and parcel of a beautifully confused, highly sensitive and hazardously erratic international atmosphere. But in our troubled world are also examples of such humane and influential personalities like Sister Teresa and Abdul Sattar Edhi. They believe in and stand for human interests over and above all other interests and pose no threat to any individual, state or organization at any level of human society. Among many such wise, creative and selfless people are experts in media, education, social work, business economy, science, sports and culture. Let them be accommodated at the helm of world affairs towards a better and brighter tomorrow.

Imagine UN Schools focusing on character building, professional training, health and recreation. It may sound too hard to think of UN farms and factories, trade and commerce, banking and insurance, shipping and aviation, travel and tourism etc. The idea that UN newspapers, radio and television are launched to create a world mind for peace, security and cooperation is too heavy to digest but very indispensable to ignore. UN does not require additional financial resources or extra personnel to adjust new, idealistic and indispensable priorities along with the stereotype or standard business of educational, social, cultural, economic or political importance. What is ably and nobly required of UN intelligentsia is selflessness to employ humane merit, courage to replace old methods with new practice and planning.

The writer is a educator, philanthropist and a freelance contributor