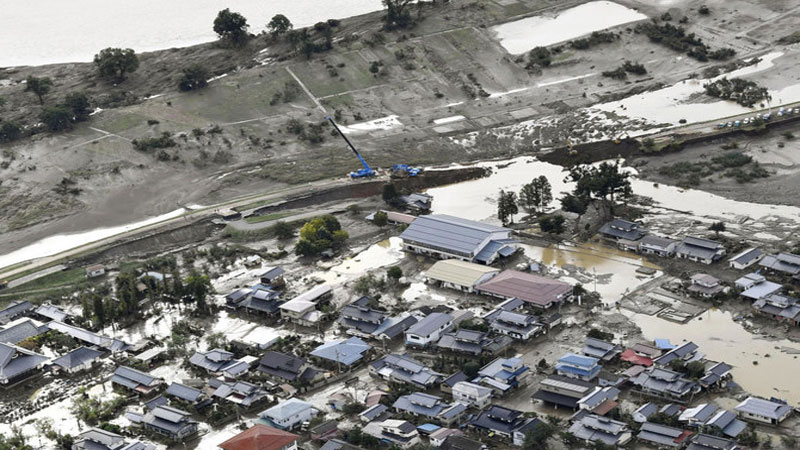 The Japanese weather agency warned people in Tokyo and northern Nagano that heavy rainfall Tuesday may set off flooding and mudslides, including in areas recovering from a deadly typhoon. The Japan Meteorological Agency said heavy rain was expected throughout the day, with waves and thunderstorms possible in Tokyo and the potential for flooding and mudslides in parts of Nagano Prefecture, northwest of Tokyo, including Nagano city. Authorities also cautioned that landslides and flooding were possible even in areas where official warnings hadn’t been issued. Typhoon Hagibis earlier this month hit northern and central Japan. Nagano, Fukushima and Miyagi were especially hard hit. The government’s disaster management office said as of Monday 70 deaths were attributed to the typhoon and 12 people were missing. The heavy rains from the typhoon caused rivers to overflow or damage dams in dozens of places. Farm crops were also seriously damaged, including apples, cabbage and cucumbers. The agricultural damage was estimated to be as high as 70 billion yen ($700 million).