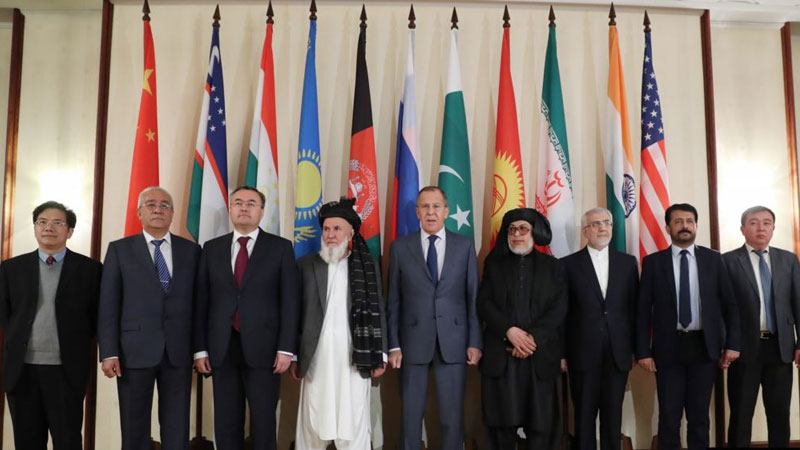 Pakistan will join the representatives of China, Russia and the United States in consultation on the Afghan peace process in Moscow on Oct. 25, official and diplomatic sources said on Monday.

The four-party meeting will explore options for joint efforts to help in resumption of the stalled talks between the US and the Taliban that will be followed by intra-Afghan dialogue.

This will be fourth round of the consultation. Last round was held in Beijing in July.

In another development China has planned to host an intra-Afghan dialogue that will be helpful for the face-to-face meeting between the Taliban and Afghan political leaders and members of civil society, Daily Times has learnt. Representatives of the Afghan government will also attend, a source in Kabul familiar with the consultation said on Monday. He said a 25-member delegation from Kabul is likely to take part in the conference.

Sources said that Chinese officials will share their country’s plan to Moscow meeting.

Meanwhile US Special Representative for Afghanistan Reconciliation Zalmay Khalilzad on Monday embarked visit to Brussels, Paris and Moscow as part of his peace mission.

In Brussels and Paris, Ambassador Khalilzad will meet with likeminded partners including the EU, NATO, and UN to review how best to support accelerated efforts to reach peace in Afghanistan, the State Department said.

In Moscow, Ambassador Khalilzad will meet with Russian and Chinese counterparts to discuss shared interests in seeing the war in Afghanistan come to an end, a statement said.

The Moscow meeting could help in ending the deadlock in the Taliban-US talks in view of its efforts to press for political solution to the conflict in Afghanistan.

A Taliban delegation of political representatives met Russian officials in Moscow in September and the group’s spokesman Suhail Shaheen later claimed Russia backed the Taliban stance on the resumption of the US-Taliban talks. Russian special envoy for Afghanistan Zamir Kabulov says Russia is ready to help in the revival of the Afghan peace process.

Taliban’s political envoys had also visited Iran, China and Pakistan. All regional countries want the US and the Taliban return to the negotiation table. Taliban political spokesman Suhail Shaheen told Daily Times last week that Taliban are ready for negotiations with the US from where it was stopped by President Donald Trump.

Shaheen had stated that the peace deal has already been finalized and September 13 was set for the announcement of the agreement that would be followed by intra-Afghan dialogue on Sept. 23. He also said Taliban had agreed to declare ceasefire with the US and its NATO allies with the signing of the peace agreement.

Daily Times has learnt that senior Pakistani diplomat Muhammed Aejaz is likely to represent Pakistan in the Moscow talks. Aejaz, addition secretary at the foreign ministry

Pakistan was invited for the first time to the China, Russia and the US trilateral in Beijing in July and the representatives of the big three had welcomed Pakistan joining the consultation and believed that Pakistan can play an important role in facilitating peace in Afghanistan, according to the statement issued at the conclusion of the meeting.

On its part Pakistan had appreciated the constructive efforts by the China-Russia-US trilateral consultation on the Afghan peace process. The major stakeholders back the intra-Afghan dialogue and had welcomed intra-Afghan meetings held in Moscow and Doha this year. The Moscow meeting is likely to throw weight behind Chinese suggestion to host the intra-Afghan conference that will be important in view of the deadlock in the US-Taliban talks.

In the Beijing consultation, the participants had re-affirmed negotiations should be “Afghan-led and Afghan-owned” and that these negotiations should produce a peace framework as soon as possible. They argued that the framework should guarantee the orderly and responsible transition of the security situation and detail an agreement on a future inclusive political arrangement acceptable to all Afghans.