New varieties of agricultural seeds should be introduced for Thar: CM 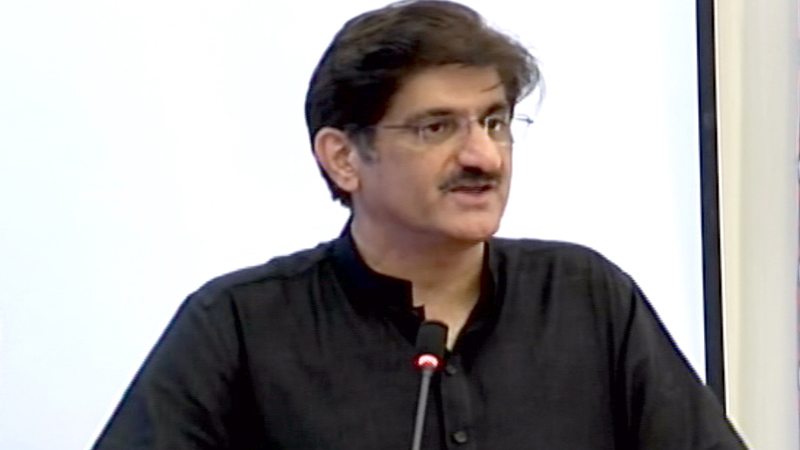 He said that Thar Desert was vat and rich in mineral resources but due to water scarcity and deep-water table hardly a few crops were cultivated there. “Whatever is cultivated in Thar has low yield, therefore I am keen to develop desert agriculture sector to usher in new vistas of prosperity in the area,” he said.

He said this while presiding over a meeting of SSRL and Board of Revenue here at CM House. The meeting was attended by Minister Energy Imtiaz Shaikh, SMBR Qazi Shahid Parvez, Principal Secretary to CM Sajid Jamal Abro and others. The SSRL was represented by a seven-member delegation led by Mr Zhang Xing Vice President of the company. The other delegation members were Tang Weija, Yuan Zheng, Li Hongtu, Yin Weichao, Shuraim Surmawala and others.

The SSRL Vice President Mr Zheng Xing assured the chief minister that his company would fulfill all CSR obligations. He added that he would involve agriculture experts of China and would distribute seeds among the people there. “Our intervention would definitely realize the vision of the chief minister for agriculture-rich Thar Desert,” he said.

Land Acquisition: The Chinese Company Shanghai Electric under the name of SSRL has started development of 7.8 mtpa coal mine in Thar Coalfield Block-I to install 1320 MW power plant through a direct investment of $3 billion. The company has started removing over burden for development of the mine.

The company vice president told the chief minister that they had a land acquisition issue for 8216 acres land, which include 6322 acres government and 1,894 acres private land for mining, dumping, camp, coal-yard and for captive power plant.

The chief minister said that there was a model set by SECMC for settlement of displaced people by developing a most modern residential colony. “This is my condition that the 1200 affected families must be given same kind of houses as have been given to the affected people of Thar Block-II,” he said.

Water Usage: The company, SSRL chief requested the chief minister for implementation of the water usage agreement. AT this Energy Minister Imtiaz Shaikh said that Makhi-Farash Canal would discharge 200 cusecs of water and as per directives of the chief minister Nabirsar to Vajihar connection was being considered to be constructed through private investors on BOT basis. The chief minister directed Minister Energy to bring this water usage matter in the cabinet for approval.

The chief minister was told that over 1000 local people have been provided employment in Thar Coal Block-I. The company has also been directed to provide agricultural seeds to local people for improvement of their agriculture. The Chinese company would provide some new varieties of seeds which would grow in desert area with high yield.