Bangladesh players go on strike, tour of India in jeopardy 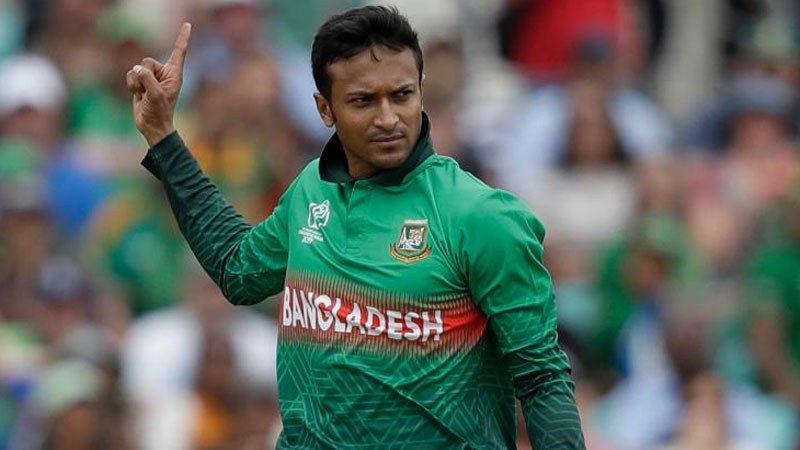 Bangladesh’s cricketers will be on an indefinite strike until a list of demands are met by the country’s cricket board (BCB), skipper Shakib Al Hasan said on Monday, putting next month’s tour of India in doubt. Players released a list of demands and the boycott has affected the ongoing National Cricket League, Bangladesh’s first class cricket competition, and the national training camp ahead of the tour. The tour of India, which starts on Nov. 3, includes three Twenty20 internationals and two Test matches. Bangladesh announced a 15-man T20 squad last week with Shakib set to lead the side.

“From the National Cricket League to first-class (cricket), national team preparations, internationals… everything is included,” Shakib told a news conference in Dhaka.

“Apart from the Under-19s and the other age-group teams, all first-class and national teams are included. When the demands are met, normal service will resume. “All of us want cricket to improve. Some of us will play for another 10 years, some for four to five years. We want to create a good environment for the players who will come after us, so Bangladesh cricket can move forward.” According to a cricket website, demands include reversing the board’s decision to scrap the franchise-based model in the Bangladesh Premier League (a T20 tournament) and removing the salary cap in the Dhaka Premier League (a 50-over competition). Higher match fees for first class cricketers was also on their list of demands. A BCB spokesman said the board would not make a statement until they were formally presented with the list of demands. Shakib said the women’s team were not part of the boycott but that they were welcome to join them if they also had issues that needed to be addressed.

“We haven’t been able to include the women cricketers here, because it was done in a rush,” Shakib added. “If they have any demands, they are most welcome to join us. “I’m sure they have grievances too. If they come to us and join us, we will be able to put forward their demands too.”