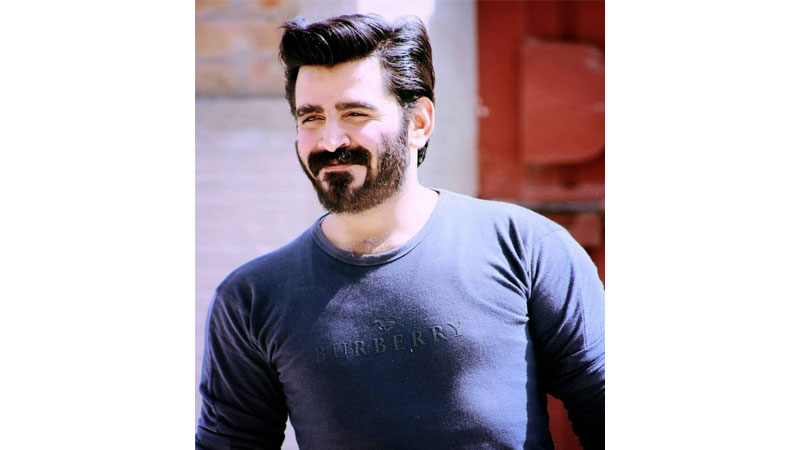 Actor Yasir Ammar has taken social media by storm because everyone thinks he looks and speaks exactly like Hamza Ali Abbasi.

People have been sharing his pictures and comparing him to the Parwaz Hai Junoon actor.

Yasir Ammar, who hails from Mianwali, has been working in the showbiz for the past two years. He was seen in a supporting role in HUM TV’s Log Kya Kahen Gay, and essayed the role of the protagonist in a telemovie Haqeeqat.

“I have received a lot of negative comments from people,” he said while speaking on morning show ‘Naya Din’ on Monday. “They say that I am copying Hamza’s style and his voice. I just want to clarify that I am not doing any of that. This is just people’s opinion that I am doing this. I am not the one who has been posting my pictures along with Hamza.”

The actor claimed that along with Hamza he is even being compared to other actors such as Fawad Khan, Sheheryar Munawar, and Bollywood actor Neil Nitin Mukesh. “There are so many actors that resemble others. I am not the only one.”

Yasir Ammar, who hails from Mianwali, has been working in showbiz for the past two years

Yasir, however, takes it as a compliment to be compared to Hamza. “I really like him as an actor. In this entire industry, I like his voice, accent and the way he speaks the most,” he remarked, adding that Hamza is very nice but I want to be known for my own work too. While there has been criticism but he says that he is also enjoying the surge in his popularity.

He shared that he had to struggle a lot to become an actor. “Mianwali is a very backward area but there is a lot of talent there,” he said. “My family is quite strict but my dad and elder brother have supported me in my journey.” He even said that he is not willing to do negative roles as yet because he doesn’t want his family to think bad of him. He wants to take on challenging roles after he is able to convince his family of his craft.

Yasir even plans on taking acting classes. “I haven’t taken any classes yet but I want to now. I have realised that I really like this job.” The actor even shared that he is in a relationship with someone, adding that this is all the details that he will reveal for now.