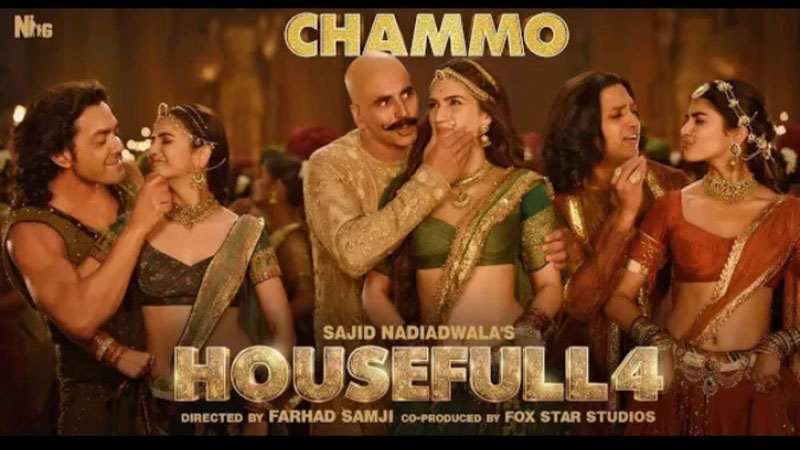 Director and writer Farhad Samji’s ‘Houseful 4’ gang is ready to entice the viewers big time. The makers have unveiled the new song titled ‘Chammo’ and it takes you back in the epic era of 1419. The song features the lead characters-Akshay Kumar, Kriti Sanon, Bobby Deol, Kriti Kharbanda, Riteish Deshmukh and Pooja Hedge. The track is grand and is set in 1419 era of Sitamgarh Kingdom. The movie is touted to be a family entertainer and a laugh riot in store for viewers. The movie is the fourth instalment of the super hit Housefull franchise. It has been helmed by Farhad Samji and produced by Sajid Nadiadwala. The makers unveiled the trailer on September 27 and it received a warm response from the fans. October 25, 2019, has been locked as the release date of ‘Houseful 4’.