A big achievement of Pakistan foreign policy against India in Washington

Due to successful foreign policy lobbying of Pakistan, United States Congressional hearing on South Asia for occupied Kashmir against Indian clampdown will be held on Tuesday in Washington.

In an official statement, Congressman Brad Sherman said the hearing will review the humanitarian situation in Kashmir where normal life has been crippled with the arrest of many political activists and communication black-out.

He said supplies of essential items including food and medicine have also been interrupted.

The people of occupied Kashmir valley and Muslim majority areas of the Jammu region continue to suffer immensely due to strict military siege imposed by India, he added.

In occupied Kashmir, the environment of fear and uncertainty continues to grip the Kashmir Valley as well as Muslim majority areas of Jammu region and Ladakh division due to the ongoing Indian military lock down.

Besides ban on internet across all platforms, prepaid cellular services continue to remain suspended. Shops and business establishment except for few hours in the morning and evening continue to remain shut, educational institutions are deserted and public transport is off the roads. 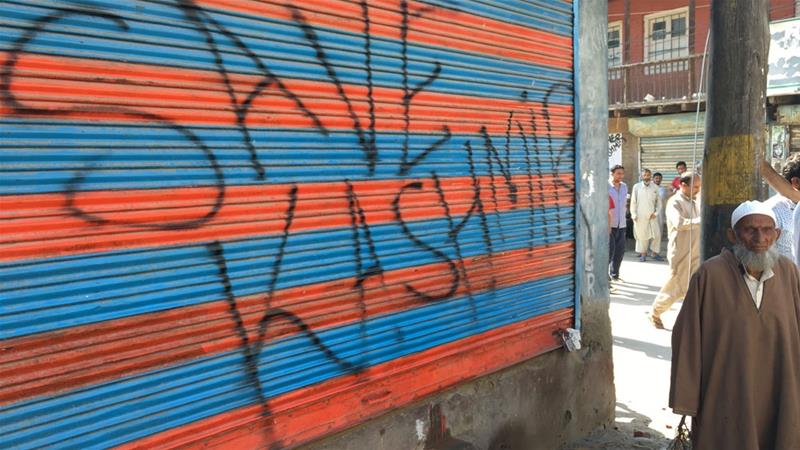 Notably, the shutdown is seen as a mark of silent protest against India’s occupation and its Aug 5 illegal move. Besides hitting hard lakhs of customers, particularly students, professionals and media persons, the total gag on internet is severely affecting health services in the territory. There is a shortage of life saving drugs as the internet shutdown makes it difficult for chemists to place online orders and receive deliveries on time

As per Kashmir Media Service, normal life remains crippled on the 78th consecutive day, today, in the Kashmir valley due to restrictions and gag on internet and prepaid mobile services. Despite the Indian authorities’ efforts to restore normalcy in occupied Kashmir, people continue to observe shutdown as a silent protest against India’s recent actions in the territory.