Pakistan summons Indian envoy to and strongly condemned the ceasefire violations by India along Line of Control (LoC).

According to a statement released by Foreign Office , Director General (SA & SAARC), Dr. Mohammad Faisal, summoned Mr. Gaurav Ahluwalia today and condemned the unprovoked ceasefire violations by the Indian occupation forces along the Line of Control (LoC) in Jura, Shahkot and Nausehri Sectors on 19th and 20th October, 2019. 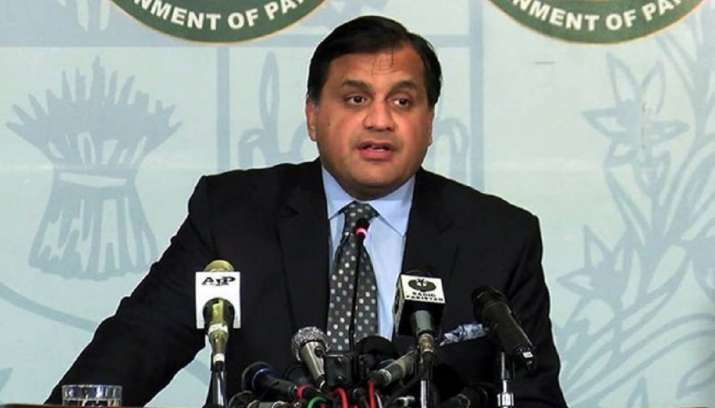 “The Indian occupation forces, along the LoC and Working Boundary, have continuously been targeting civilian populated areas with artillery fire, heavy calibre mortars, and automatic weapons. This escalation in ceasefire violations by India is continuing from 2017, when the Indian forces committed more than 1970 ceasefire violation,” the statement continued.

Dr. Faisal said that Pakistan categorically rejects Indian media reports about so – called “launchpads” being targeted by India along the LoC. He added that earlier, highlighting the Indian threat to regional peace and security, Pakistan has called upon the P5 to ask India to provide information about the so – called alleged “launchpads” and stated its willingness to arrange a visit of the P5 diplomats to those locations to expose Indian falsehood. Heinous Indian targeting of civilians is a typical attempt by India to divert international attention from the humanitarian nightmare in IOJ&K.

The spokesperson said that the deliberate targeting of civilian populated areas is indeed deplorable and contrary to human dignity, International Human Rights and Humanitarian Laws. The ceasefire violations by India are a threat to regional peace and security and may lead to a strategic miscalculation.

The Director General (SA & SAARC) urged the Indian side to respect the 2003 Ceasefire arrangement; investigate these and other incidents of ceasefire violations; instruct the Indian forces to respect the ceasefire, in letter and spirit and maintain peace on the LoC and the Working Boundary. He urged that the Indian side should permit UNMOGIP to play its mandated role as per the UN Security Council Resolutions.