Kartarpur Corridor is almost ready, will be inaugurated on Nov 9: PM Imran Khan

* Imran says it will become a major religious hub for the Sikh community and will boost local economy
* Firdous says Pakistan providing complete religious freedom to all its minorities, especially Sikhs 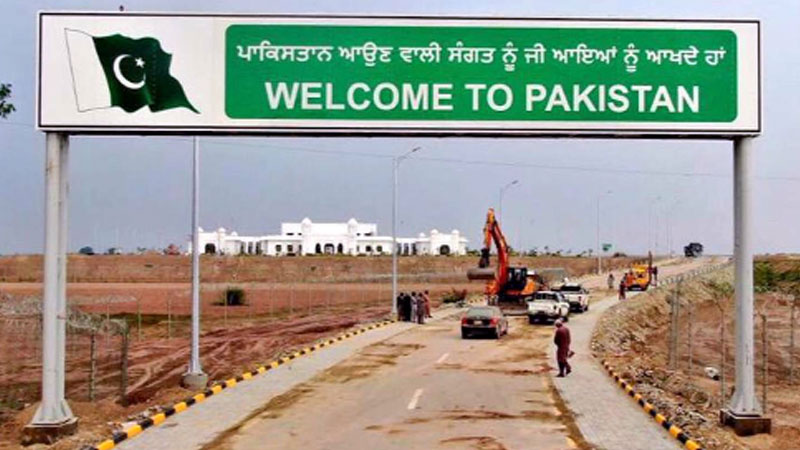 Prime Minister Imran Khan on Sunday announced that Pakistan is all set to open its doors for Sikhs from all across the globe, as the construction work on Kartarpur project has entered its final stage.

The prime minister, in a Facebook post, said that the project would be open to the public on November 9, as promised earlier.

“The world’s largest Gurdwara will be visited by Sikhs from across India and other parts of the world,” he added.

Talking about the positive impact of the project on the country, Prime Minister Imran said, “This will become a major religious hub for the Sikh community and will boost the local economy, result in earning foreign exchange for the country and creating jobs in different sectors, including travel and hospitality.”

“Religious tourism is on the rise in Pakistan. Earlier, Buddhist monks visited various sites for religious rituals, followed by opening of #Kartarpur corridor,” he said.

Earlier in the day, Special Assistant to Prime Minister (SAPM) on Information and Broadcasting Dr Firdous Ashiq Awan also stated that Imran Khan would inaugurate the Kartarpur Corridor on November 9 in connection with the 550th birthday celebrations of Baba Guru Nanak Dev Jee.

On Saturday, Foreign Minister Shah Mahmood Qureshi had announced that former Indian prime minister Manmohan Singh had accepted an invitation to attend the Kartarpur Corridor inauguration ceremony. However, Singh will be visiting as a common man rather than as a special guest.

According to officials, the visa-free border crossing from India to Kartarpur, Pakistan, would be inaugurated just ahead of the 550th birthday of Sikhism founder Baba Guru Nanak on November 12. It will also be the first visa-free corridor between the two neighbours since their independence in 1947. Pakistan is building the corridor from the Indian border to the Gurdwara Darbar Sahib, while the other part from Dera Baba Nanak up to the border is being constructed by India. India is constructing a bridge at the zero point and has urged Pakistan to build a similar bridge on its side that will provide safe and secure movement to pilgrims.

The project is a rare recent example of cooperation between the two nuclear powers that came close to war in February. India revoked the special status of occupied Kashmir in August, inflaming relations once again.

The Sikh minority community in India’s northern state of Punjab and elsewhere has long sought easier access to the temple in Kartarpur, a village just over the border in Pakistan. The temple marks the site where the guru died.

To get there, travellers currently must first secure hard-to-get visas, travel to Lahore or another major Pakistani city and then drive to the village, which is just four kilometres from the Indian border.

Instead of visas, the Sikh pilgrims will now be given special permits to access the shrine.

Indian pilgrims will pay Pakistan $20 to use the corridor, which includes roadways, an 800-metre bridge over the River Ravi and an immigration office.

Up to 5,000 Indians will be allowed access daily, with plans to eventually double the capacity.