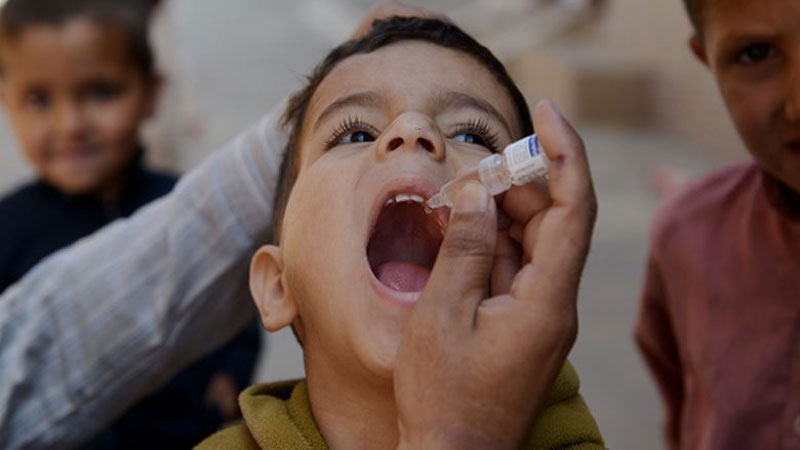 Two new cases of polio were reported in Khyber Pakhtunkhwa’s Lakki Marwat district on Sunday, while Balochistan’s Harnai district reported one, bringing the country’s total this year to 76 so far. The two victims from Lakki Marwat – a seven-year-old girl and a 21-month-old boy – are residents of the Sarai Naurang tehsil, a report released by the Emergency Operation Centre (EOC) said. According to the EOC, both affected children had not been administered the anti-polio vaccine. The presence of a polio virus in their systems was confirmed via a stool test. The total number of cases across the province now number 56. The EOC report cited “refusals by parents” as the top reason for the scale of the virus’ resurgence witnessed this year. EOC Coordinator Abdul Basit said that the polio drops “are completely safe”, and urged parents to pay no heed to the “misleading propaganda” aimed at discouraging the administering of the drops.

He said that despite the challenges being faced, the government is determined to continue its fight for the complete eradication of polio.