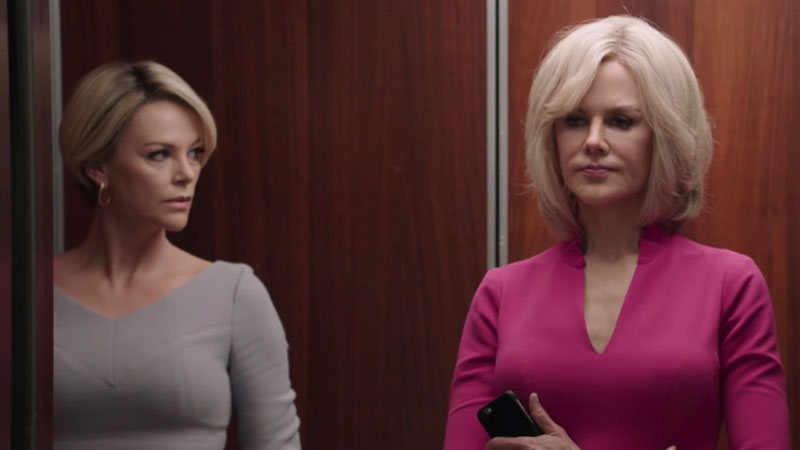 Charlize Theron, Nicole Kidman and Margot Robbie fight Fox News from the inside in the new trailer for Bombshell, the upcoming drama about the network and the sexual harassment accusations leveled against its founder, Roger Ailes. The film is set to open this December. Bombshell stars Kidman as Gretchen Carlson, the ex-Fox & Friends host who filed the first sexual harassment lawsuit against Ailes, which eventually led to his ouster. Theron, meanwhile, plays Megyn Kelly, the former anchor who also accused Ailes of sexual harassment. And Robbie plays Kayla Pospisil, a fictional Fox News associate producer created for the film, whose experiences intertwine with Carlson and Kelly’s real-life stories. The new trailer offers a look at Carlson’s decision to move forward with her lawsuit against Ailes, as well as the fallout it caused at the network.