Pakistan hockey squad off to Europe for Olympic qualifier 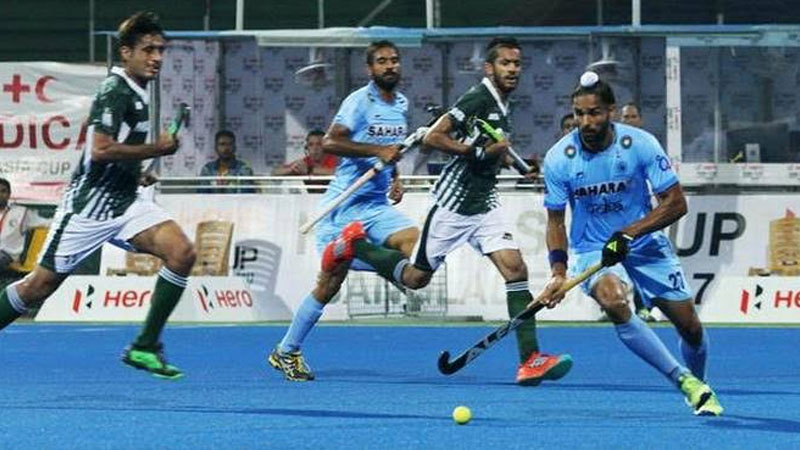 Pakistan’s hockey team departed for Germany early Sunday morning. The national side is set to take on the Germans in two matches on October 22 and 23 before they head to the Netherlands to play the Dutch in a two-legged qualifier for the 2020 Tokyo Olympics. The qualifier will take place in Amstelveen, a suburban part of Amsterdam city, on October 26 and 27. The national team prepared for the matches in a six-week training camp in Lahore before a finalised 19-member was announced earlier. “In six weeks duration of the national training camp, our main focus was on to bring improvement in fitness and mental levels and we have achieved the targets to a satisfactory level,” Pakistan head coach Khawaja Junaid said. Junaid said his team, ranked 17th in the world would have nothing to lose against the world No.3 Netherlands and therefore Pakistan would have a ‘fearless’ approach. “Holland will be under more pressure than us since they are playing at home and are a way better side. They will be looking to avoid any upsets.” Junaid hoped Pakistan, despite being the minnows, would exhibit their best technical skills on the day when it’s needed the most and an upset can be on the cards. Pakistan have not featured in an international match since the 2018 World Cup. However, Junaid said the matches against Germany would provide Pakistan the chance to get match practice ahead of the Olympic qualifier.