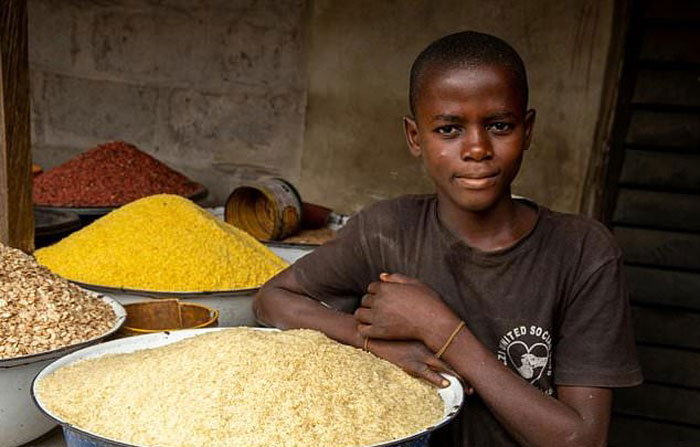 Two months ago, Nigeria slapped restrictions on cross-border trade with its neighbours, but there are mixed signals as to whether the controversial move is benefitting the country.

The move has met with howls of pain in Benin especially, and cast a shadow over a newly-minted agreement to scrap restrictions on trade among African economies.

But has it been beneficial for Nigeria, as the government has sought?

Evidence seen by AFP suggests that any benefits are at the macro level — and the country’s many poor are likely to be among the losers.

The two main commodities being smuggled were petrol and rice.

Petrol was being sneaked out from Nigeria, where subsidies make the fuel half as cheap as in its neighbours, and resold.

Rice, on the other hand, was being brought into Nigeria, where consumers favour imported Asian-grown varieties over the locally-grown competitor, from Benin via its port in Cotonou.

The most visible winner from the closure is the Nigerian treasury, which has benefitted from the falling cost of petrol subsidies and from a rise in customs receipts.

“Nigeria, to its detriment, may have inadvertently subsidised (fuel) supply to a few West African countries for more than 12 years,” the Nigerian consultancy Cardinal Stone said in a report this month.

Sales of gasoline in Nigeria fell by 12.7 percent after the border closure, which indicates that millions of subsidised litres (gallons) are being secretly taken abroad for resale, it said.

The reduction in consumption, if sustained, could lead to subsidy savings of around 13.5 billion naira ($37 million, 34 million euros) monthly and 162.1 billion naira annually, it estimated.

In early October, Nigeria’s customs chief, Hameed Ali, said customs receipts had reached a record level, of five billion naira daily, since the closure, with the bustling port of Lagos benefitting most as imports rise through official channels.

As for rice, the country’s agriculture lobby is loudly supporting the border closure.

Ade Adefeko, a senior executive in charge of corporate relations with the food giant Olam, said investment in Nigerian agriculture was being hamstrung by the rice trafficking, which is estimated to reach two million tonnes a year.

Olam has the biggest rice-growing business in Nigeria, owning 13,000 hectares (30,000 acres) of cultivable land of which only 4,500 ha. are being used because the sector is “not profitable” in the face of competition from Asian rice, he said.