All US troops withdrawing from Syria expected to go to western Iraq: Pentagon 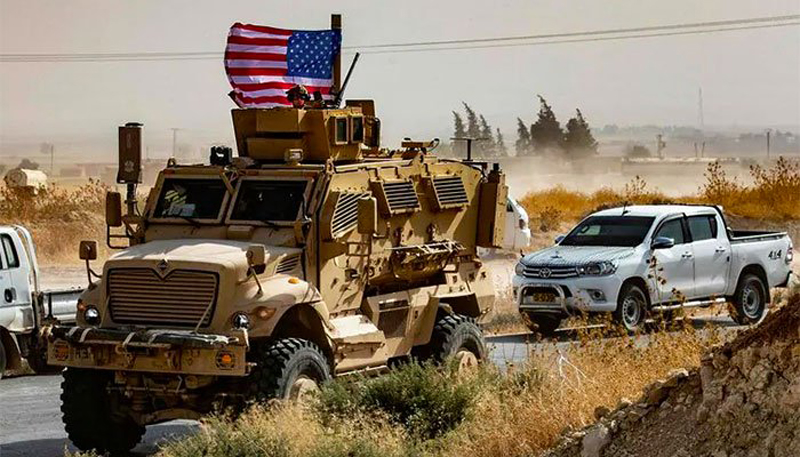 US Defense Secretary Mark Esper said on Saturday that all of the nearly 1,000 troops withdrawing from northern Syria are expected to move to western Iraq to continue the campaign against Daesh and “to help defend Iraq.”

On Thursday, Turkey agreed in talks with US Vice President Mike Pence to a five-day pause in an offensive into northeastern Syria to allow time for the Kurdish fighters to withdraw from a “safe zone” Ankara aims to establish near the Turkish border with Syria.

The truce also aimed to ease a crisis triggered by President Donald Trump’s abrupt decision earlier this month to withdraw all 1,000 US troops from northern Syria, a move criticized in Washington and elsewhere as a betrayal of loyal Kurdish allies who had fought for years alongside US troops against Daesh.

“The US withdrawal continues apace from northeastern Syria… we’re talking weeks not days,” Esper told reporters en route to the Middle East, adding that it was being carried out through aircraft and ground convoys.

“The current game plan is for those forces to re-position into western Iraq,” Esper said, adding that they would number about one thousand.

He said the mission for those troops would be to “help defend Iraq” and carry out a counter-Daesh mission.

A senior US defense official clarified that the situation was still fluid and plans could change.

Any decision to send additional US troops to Iraq is likely to be heavily scrutinized in a country where Iran has been steadily amassing influence.

“That is the current game plan, things can change between now and whenever we complete the withdrawal but that is the game plan right now,” the senior official added.

It is unclear whether the US troops will use Iraq as a base to launch ground raids into Syria and carry out airstrikes against Daesh.

The additional US troops would add to the more than 5,000 American troops already based in the country, training Iraqi forces and helping to ensure that Daesh does not resurge.

While Esper said he had spoken with his Iraqi counterpart and will continue to have conversations in the future, the move will likely be viewed with skepticism by some in Iraq.

Iraq is in the midst of a political crisis, as mass protests have led to more than 100 deaths and 6,000 injuries during the week starting October 1.

Iran’s role in responding to the demonstrations has been another reminder of Tehran’s reach in Iraq, where a sizable number of former militia commanders are now members of parliament and support the Iranian agenda.

President Tayyip Erdogan said on Saturday that Turkey would press on with its offensive into northeastern Syria and “crush the heads of terrorists” if a deal with Washington on the withdrawal of Kurdish fighters from the area was not fully implemented.

On Saturday the fragile truce was holding along the border, with a few Turkish military vehicles crossing the border, Reuters journalists at the scene said. In the last 36 hours, there have been 14 “provocative attacks” from Syria, Turkey’s defense ministry said.

Esper said that the ceasefire in northeastern Syria was generally holding.

“I think overall the ceasefire generally seems to be holding, we see a stabilization of the lines, if you will, on the ground, and we do get reports of intermittent fires, this and that, that doesn’t surprise me necessarily,” he added.

There has been a concern that the Turkish incursion into northeastern Syria would allow Daesh militants to make gains and see militants escaping prisons guarded by Kurdish fighters.

Esper said that the United States was still in contact with the Kurdish fighters, known as the YPG, and they appeared to continue to defend the prisons in areas they still controlled.