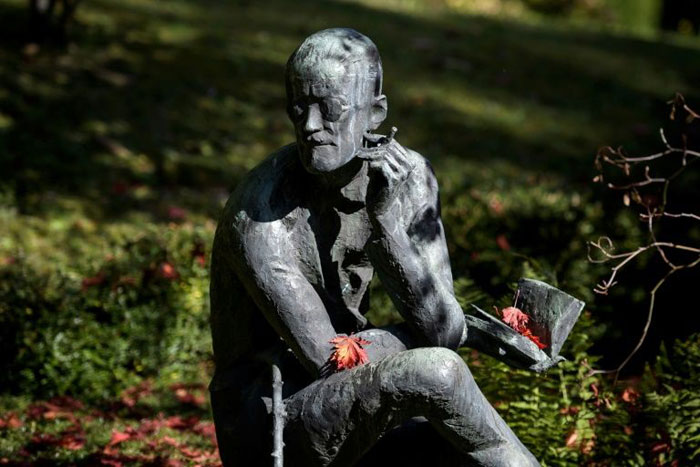 A group of Dubliners are campaigning to bring home the remains of celebrated author James Joyce, whose grave in Zurich is far from the Irish capital chronicled in his modernist masterpieces.

On Monday a Dublin council committee, covering the Rathgar neighbourhood where the novelist was born in 1882, backed a motion asking their lord mayor to petition Ireland’s government to repatriate Joyce’s remains from Switzerland.

The aim is to “give official acknowledgement to somebody who we didn’t acknowledge very well in the past”, councillor Dermot Lacey, who brought the motion, told AFP.

The Irish government, at the time gripped by the influence of the Catholic Church, denied Joyce repatriation after his death in January 1941 owing to his outspoken criticism of the institution.

But now there is a movement to bring home his remains.

“This was something that we were told family wanted and therefore we were trying to move it along,” Lacey said.

“If it was his wishes, I think we should try and honour it in recognition of his enormous status.”

Joyce died at the age of 58, and is buried alongside his wife Nora Barnacle and other family members in Zurich’s Fluntern cemetery, a popular stopping point on the tourist trail in Switzerland’s biggest city.

The motion would see all of their remains returned to Ireland “in time for the 100th anniversary of the publication of ‘Ulysses’ in February 2022”.

Lacey is attempting to contact Joyce’s closest living relatives in person and will bow to their wishes on the matter.

However, the move has prompted debate over Joyce’s legacy.

“There seem to be very divided views on the issue,” Lacey explained — denying claims the move is an attempt to “commercialise” Joyce or drive tourism in Dublin.

The bespectacled author had a fraught relationship with his home country — considering it to be in the restrictive control of the Catholic Church — and he spent much of his life in continental Europe.

But his best known works — “Ulysses”, “Finnegans Wake” and “Dubliners” — all centre on imaginings of the Irish capital.