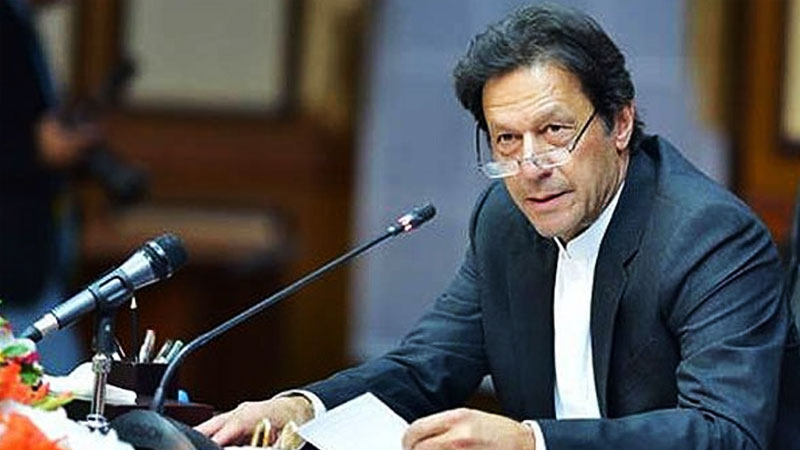 Prime Minister Imran Khan directed the provincial governments to launch mobile applications to update the consumers on the prices of eatables on daily basis and take strict action against those creating artificial inflation.

Chairing a meeting to review the prices of eatables and control inflation at Prime Minister (PM) Office, the prime minister asked the provinces to follow the suit of the Islamabad administration which has already launched a similar mobile application ‘Darust Daam’ updating the prices of the eatables on daily basis from where the consumers will also be able to register complaints against those found overcharging.

The prime minister said it is essential to fully activate the tehsil-level market committees to end the monopoly of the profiteers and keep the prices under control. He directed the commerce ministry for early launch of a program to distribute flour bags among the poor under the Ehsaas Program. He also asked for ensuring the availability of daily use items on utility stores across the country and maintaining a strict check to avoid any shortage of the commodities.

The meeting examined the shortage of seasonal vegetables, and the prime minister instructed for considering all options including timely import besides devising a coordinated strategy. The prime minister directed the provincial governments to launch crackdown against profiteers and hoarders and keep strict check on prices of daily use items. The meeting reviewed the measures taken by Punjab, KP and Balochistan governments to regulate the supply and availability of wheat and fluctuation of prices.

The prime minister was apprised that Punjab and KP governments have taken satisfactory steps to store wheat and control its price. He directed the Economic Coordination Committee to furnish proposals and take immediate decisions including import of wheat and other administrative measures to stabilize wheat and flour prices.

It was told that the flour prices had increased owing to the disturbance of the demand and supply chain as the Sindh government had not purchased wheat this year. Taking notice of the matter, the prime minister directed the Pakistan Agricultural Storage and Services Corporation to immediately release 100,000 tons of wheat to Sindh and 150,000 tons to KP provinces to stabilize the prices of wheat and flour in the market.

Meanwhile, Prime Minister Imran Khan has appreciated his team for turning around the national economy within a year with the indicators showing considerable increase in foreign direct investment, exports and remittances besides a sharp decline in the current account deficit.

In a series of tweets, the prime minister shared some data graphs indicating that the foreign direct investment had increased by 111.5% and the foreign private investment by 194% during one year. The current account deficit was recorded at the 41 months low in September from US $1.27 billion to US $259 million. The country’s exports surged by 5.9% and imports declined by 18.6% during a year. Similarly, reposing trust in the government’s economic policies, the overseas Pakistanis sent far more remittances as the indicators showed 17.6% increase in remittances during September this year.