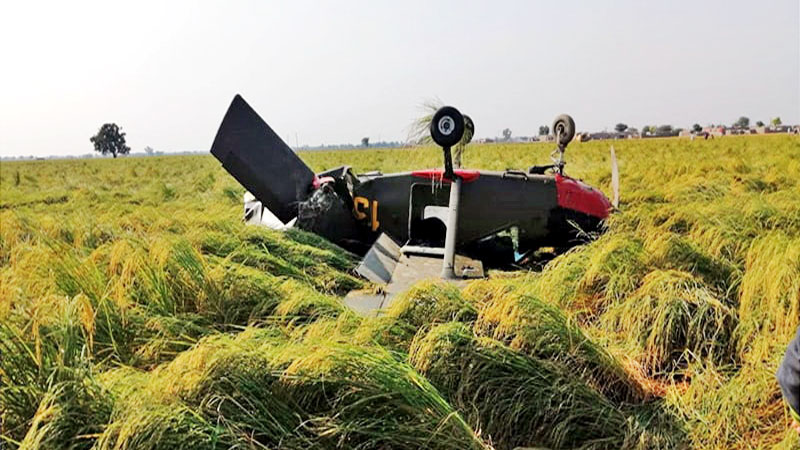 A Mushshak trainer aircraft belonging to the Army Aviation crash-landed in a paddy field near Wazirabad in Punjab’s Gujranwala district on Saturday, security and rescue sources said. Both the pilots remained safe in the incident. According to the report aired by a private TV channel, the two-seater aircraft had taken off from Rahwali Cantt for a training mission, with Capt Ahmad and an instructor on board. The plane developed a technical fault while flying over Dilawar Cheema near river Chenab, forcing the pilots to make a crash-landing in a paddy field. Security officials and Rescue 1122 personnel reached the site soon after the incident. The Mushshak basic trainer is a light-weight, single-engine aircraft. It can operate from any short unprepared strip and is ideal for basic flight training, instrument flying, aerobatics, stalls and deliberate spins, night flying, navigation flying and formation flying.