* Ismail says efforts are being made to destabilise country 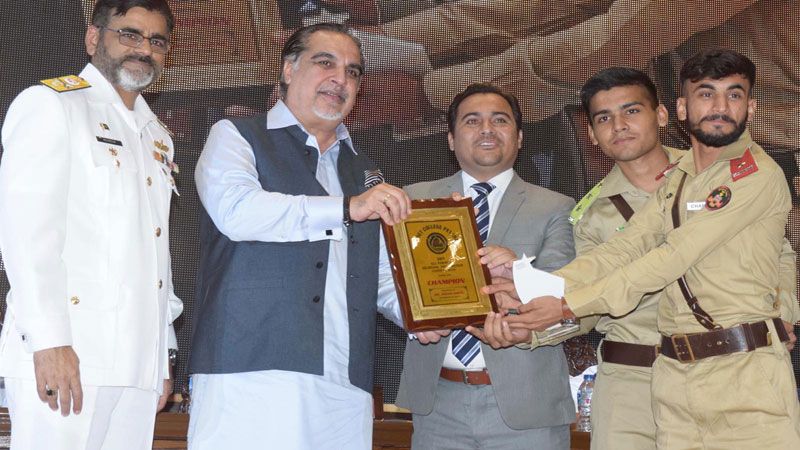 Addressing a ceremony at Cadet College Petaro, the governor said efforts are underway to destabilise country. He said that anti-state elements want to derail the country but such elements will not succeed. He said a sit-in only for the sake of power will never succeed because the people have elected Prime Minister Imran Khan for five years. He said the present government has not come through a back door but has come to power through the vote of the people.

Governor Ismail said Imran Khan has achieved this position after 22 years of hard work and struggle and cannot be removed by any shortcut. He said peaceful protest is the democratic right of everyone but nobody will be allowed to spread chaos. He said that Fazl should review his plan as the enemy want to destabilize the country.

Earlier, addressing the students at Cadet College Petaro, the governor said there are institutes in the country where not only curricular but extracurricular activities along with better training of youth are being provided. He said that Cadet College Petaro is the best institution in the country which has played a vital role in the development of the education sector.

The governor said the young men having graduated from the college are playing a significant role in various fields including Pak Army, health, education, economics. However, he emphasized the need to work more for the development of education sector in the country.

On the occasion, Governor Ismail also distributed shields among the winners of the competitions. He also laid the foundation stone of CCP Sick Bay. He visited classes, computer labs, HEC-linked digital library, Chinese language department, sports complex, cricket, hockey and football stadium along with Cadet College Petaro Principal Commodore Mehboob Elahi Malik. On the occasion, the governor also launched a plantation drive by planting a sapling at the college.

Earlier in the day, Ismail said that Azadi March of Maulana Fazalur Rehman will fail. Talking to journalists in Karachi, the governor said the dream of JUI-F chief to become the prime minister will not be fulfilled and he will face embracement in his march as he lacks supports of the masses.