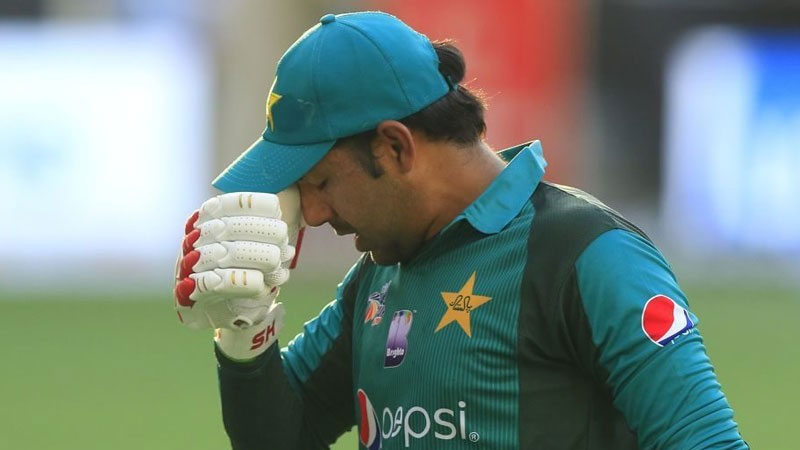 LAHORE: The Pakistan Cricket Board (PCB) posted an insensitive tweet, through their official Twitter account on Friday, moments after wicketkeeper-batsman Sarfaraz Ahmed was removed as the Men in Green’s captain from all formats of the game. The tweet contained a GIF of batsman Fakhar Zaman dancing along with other players of the national team while Sarfaraz is leaving the scene. The tweet was sent as a reply to the Twenty20 (T20) World Cup’s official Twitter account with the celebration emojis. The PCB, later, apologised for this post and accepted that the timing of it was wrong. “This was a pre-planned post as part of the one-year to go #T20WorldCup promotional campaign. The timing of this post clashed with the captaincy announcement for which the PCB offers its regrets,” the board tweeted while replying to the aforementioned post. The wicketkeeper-batsman has also been dropped from the side ahead of Australia tour and has been asked by the PCB to regain form in domestic cricket before, in order to be a part of the side in the future.