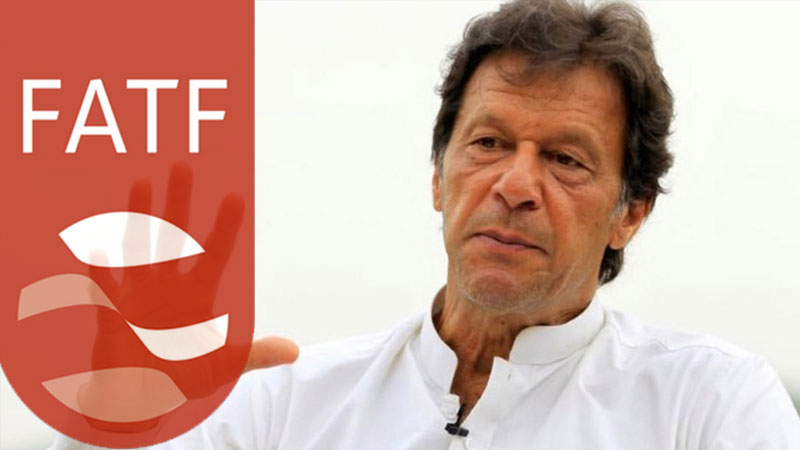 A global anti-corruption body warned Friday that Pakistan can join a blacklist of nations failing to fight money laundering and terror financing unless it changes course within four months.

“Despite a high level commitment by Pakistan to fix these weaknesses, Pakistan has not made enough progress,” Xiangmin Liu, president of the Financial Action Task Force (FATF), said in Paris. “If by February 2020 the country has not made significant progress, we will consider further actions which potentially could include placing the country … on the blacklist,” he said.

Pakistan has been on the FATF’s so-called grey list since 2018, when it agreed to an ‘action list’ of 27 measures to curb illicit money transfers used by terror groups operating in the country. So far it has sufficiently addressed only five of them, the FATF said after this week’s plenary meeting in Paris, where it is based.

Pakistan had been on the FATF grey list for years before it was removed in 2015 following ‘significant progress’ in fighting terror financing.

Prime Minister Imran Khan, elected last year, has been struggling to stamp out terror threats while coming under pressure over painful austerity measures taken to rectify a shaky economy and conform to the terms of its latest IMF bailout.

“The Pakistani government has demonstrated strong political will to implement its action plan,” Liu said. “We will provide all the necessary training and assistance, and we have called on our members and our global network to help in that regard,” he said. “The FATF strongly urges Pakistan to swiftly complete its full action plan by February 2020. Otherwise, should significant and sustainable progress not be made across the full range of its action plan by the next Plenary, the FATF will take action,” he warned. “Pakistan needs to do more and it needs to do it faster,” he added.

Earlier, a Pakistani delegation led by Minister for Economic Affairs Hammad Azhar told the FATF meeting that Pakistan has made positive progress on 20 out of 27 points. The FATF examined the compliance report of Pakistan in its meeting and expressed satisfaction over the new risk assessment study. Brotherly countries, including China, Turkey and Malaysia, supported Pakistan’s stance.

The Pakistani officials assured the FATF that Islamabad adheres to all targets and that the anti-money laundering laws have been made according to the international standards.

Currently only two countries, North Korea and Iran, are on the FATF blacklist, which severely crimps their access to the global financial system as well as international aid. On Iran, already straining under United States sanctions imposed after Washington pulled out of a 2015 deal to curb Tehran’s nuclear activities, Liu said “not enough progress has been made in addressing the serious terror financing threat it poses.” As a result, FATF members moved this week to re-impose a serious of countermeasures including audits of Iranian bank branches and subsidiaries abroad, and stricter oversight of their transactions.

The stricter controls would return permanently by the FATF’s plenary meeting in February 2020 if no action is taken, Liu said.

In total, the FATF grey list has 12 countries which have been summoned to address measures or policies that could be exploited for fraud or to finance terror operations.

Three countries were removed at this week’s meeting – Ethiopia, Sri Lanka and Tunisia – while Mongolia, Iceland and Zimbabwe were added. The others are the Bahamas, Botswana, Cambodia, Ghana, Panama, Syria, Pakistan, Trinidad and Tobago, and Yemen.

But the watchdog also warned Brazil over a recent ruling by a Supreme Court judge, which halted an investigation of suspected money laundering involving the son of President Jair Bolsonaro.

The judge said detailed evidence or indications of suspicious transactions found by financial investigators could not be used in criminal investigations.

“The move raised serious concerns regarding Brazil’s ability to comply with international standards and combat money laundering and terrorist financing,” the FATF said.

The FAFT, which includes 37 countries as well as the European Commission and the Gulf Cooperation Council, is based at the Paris headquarters of the OECD group of free-market democracies.