* 'Petromax is different from the horror films I have done,' she tells and quickly adds, though she had no plans of doing a horror-comedy, she changed her mind 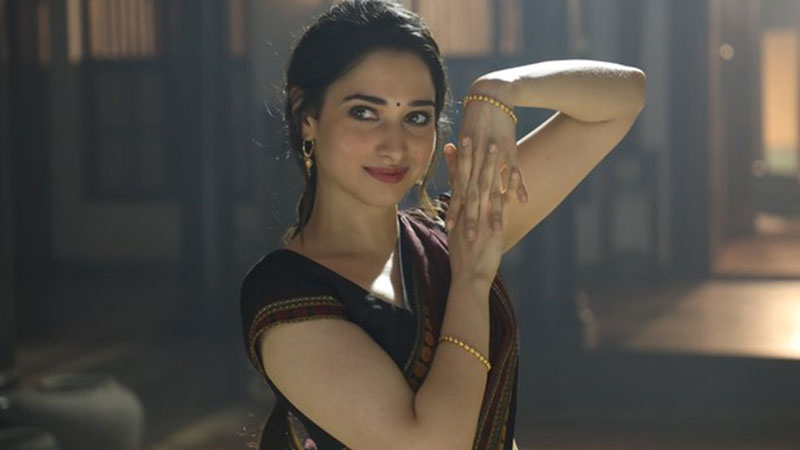 Actress Tamannaah Bhatia, whose latest release was ‘Petromax’, a remake of Telugu hit ‘Anando Brahma’, is in a happy space.

“I see that I balance roles that come my way. I am cool with anything that excites the actor in me. It can be something on the lines of Sye Raa Narasimha Reddy or the Devi franchise. The only criteria is that it should resonate with the audience,” she says.

Why does the actor have to repeat the horror genre? “Petromax is different from the horror films I have done,” she tells and quickly adds, though she had no plans of doing a horror-comedy, she changed her mind when she caught Anando Brahma. “It had a huge star cast, and I was one of the characters. That got me interested. For a change, the film wasn’t centred around me!”

Tamannaah Bhati does not like to categorise films. “I treat each one of them the same, irrespective of the budget and star cast. But I had a great time shooting ‘Petromax’,” she assures.

The actor says she’s not apprehensive of shouldering remakes. “When you are a part of remakes, comparisons are bound to happen. But I think as a team, we have done justice to the original script,” she observes.

But has Tamannaah seen a Petromax light? “No,” she breaks into laughter. After a pause, she notes, “When I came on board, we had Petromax as the working title, and I never knew it was going to be retained. In fact, I didn’t even know what it meant, but it was catchy. Later, I got to know it’s inspired by the legendary Goundamani sir’s popular comedy track.”

Tell Tamannaah that she has spent considerable years in Tamil cinema, she smiles and credits her directors for the same. “I think my confidence has kept me going. Also, I don’t put pressure on myself.”

Tamannaah Bhatia does not like to categorise films. ‘I treat each one of them the same, irrespective of the budget and star cast. But I had a great time shooting Petromax,’ she assures

Has her career graph changed post-Baahubali? “A film like Baahubali is a huge responsibility for any actor. It was a lifetime opportunity for me. But as a team, we weren’t prepared for such a huge success. It was something that we never anticipated. Moreover, Baahubali has surely changed the way we look at regional cinema,” she says.

Speaking about her upcoming projects, Tamannaah, says she’s a part of Bole Chudiyan, where she shares screen space with Nawazuddin Siddiqui. “It’s a love story and I’ve finished shooting a significant chunk. Nawazuddin is a brilliant actor and it has been a great experience so far,” she adds. As for the regional films, Tamannaah has Action alongside Vishal, Mahalakshmi (the remake of Queen) and a sports film with Gopi Chand. “I am listening to scripts, but I’d love to play Sridevi ji on screen. I have always looked up to her as a young girl. I always thought that if there’s one biopic that I would love to do, that should be hers,” she notes.

Does she find any difference in working in South India as opposed to the Hindi film industry? “Cultural differences apart, everything is the same. Interesting stories can be told in any language, and I’d want to be part of films that tell stories without barriers of conventions. These days, barriers have been broken down. Everyone wants to work everywhere, which is quite healthy. With films like KGF and Sye Raa, South Indian movies have crossed geographical boundaries. I don’t think it’s fair to compare one industry with the other,” she says.

Bhatia’s journey isn’t entirely a success story. “I have made mistakes and learnt my lessons.” But she insists, success isn’t a destination. “I swear by hard work and no one has had a 100 percent track record. Consistency is what matters and I believe in destiny,” she says.