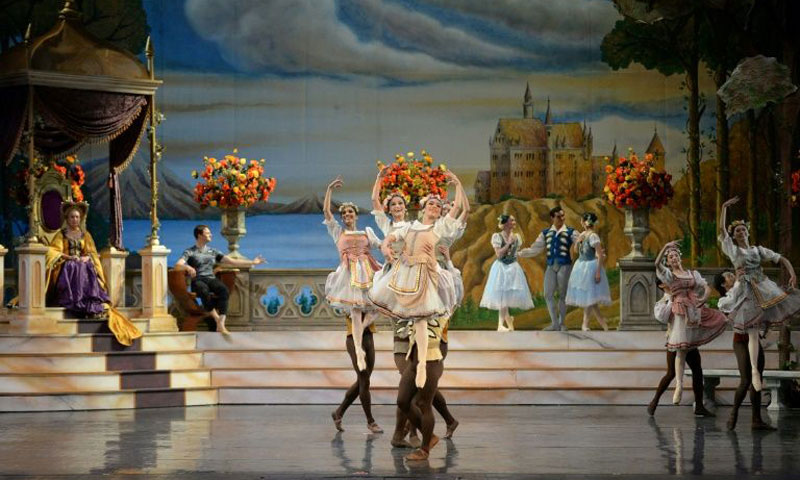 From fierce typhoons and tight budgets to losing its dancers to cruise ships and theme parks, Ballet Philippines has weathered almost every type of storm, but as it celebrates its 50th anniversary the renowned arts organisation is determined the show will go on.

Funding is difficult to secure and there is little money for necessities such as dancer’s salaries or even shoes — but more than 30,000 people watched the troupe’s productions last year, no mean feat in a nation where millions live on less than $2 a day.

One of the biggest challenges is keeping the dancers it has trained — some go on to join world-class organisations such as Stella Abrera who is now a principal dancer at American Ballet Theatre and West Australian Ballet soloist Candice Adea.

But many leave after being poached to perform on cruise ships or as characters at Disneyland, who can offer 50-100 times what they make at Ballet Philippines.

“The only thing I’m not happy about is when Disney gets them as Mickey Mouse…. That’s happened a lot and it’s still happening,” Ballet Philippines President Kathleen Liechtenstein tells AFP.

Principal dancer Denise Parungao, who started out as an $40-a month-apprentice at the troupe, says she relied on family to help pay her rent and understands why others left.

“It’s really hard because the salary before was really low and most of the dancers are not well off,” the 25-year-old explains.

Part of the success of Ballet Philippines has been the determination of its performers.

In 2014, a fierce typhoon knocked out power and floods left the orchestra stranded miles from the venue, but with two hours before the show started — the organisation decided to carry on so as not to disappoint audiences who had travelled for the show.

“The lights came back on as the people started to fill the Cultural Center of the Philippines lobby. It was a harrowing experience,” recalls Liechtenstein, who says they had to use recorded music in place of live musicians.

“The dancing was exquisitely unforgettable,” she says, adding that the audience agreed — giving a roading standing ovation. The same grit is evident down even when it comes to the use of dancing shoes.

In big name companies a performer might go through four pairs of ballet slippers in the course of a single performance.

“In Ballet Philippines, a dancer wears (a pair) for a whole month. They put glue, they varnish, do everything just to make them last,” Parungao says.

She buys an extra five pairs a year out of her own pocket to make sure her footwear does not disintegrate during a live performance.

“Filipinas really have more heart in doing this… we give our whole selves to it,” Parungao adds.

Unlike in Russia and the West, there is no national programme for spotting dancing talent in the Philippines and few get an early start — those that succeed must battle to make their mark. 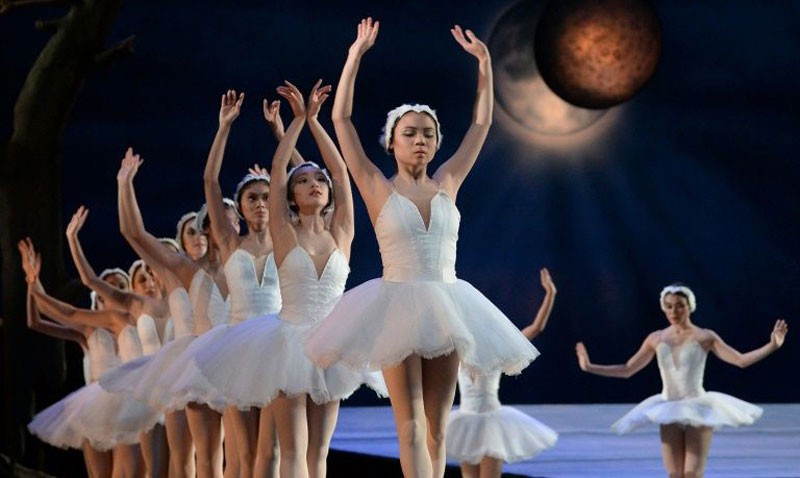 Carlo Pacis, a former senior soloist at the Hong Kong Ballet who briefly returned to Manila to choreograph “A Midsummer Night’s Dream” for Ballet Philippines, believes its dancers’ strengths are not just physical.

“We do not only dance: we embody the roles that we are tasked to portray. We love to act, we love to entertain,” he says.

Ballet Philippines declined to give its annual funding, but sources in the arts world said its four to six productions per year cost at least $100,000 each.

Though it has always had free use of the national cultural centre’s facilities, the company only gets about $40,000 a year in government backing. For the rest it must rely on seat sales and sponsorships, as well as donations: The board of directors, a who’s who of the country’s wealthiest families, collectively put up 30 percent of the company’s annual budget.

Founded in 1969 by pioneering Filipina contemporary dancer and choreographer Alice Reyes with help from Imelda Marcos — whose husband Ferdinand ruled the country as a dictator until his ouster in 1986 — the company was one of Asia’s first.

With Reyes still with the company as artistic director, it remains on a short list of developing nations that have their own ballet troupes including Vietnam, China, Cuba and Brazil.

The production evoked the glitter of Ballet Philippines’ first decade, when the likes of legends Margot Fonteyn, Rudolf Nureyev, Natalia Makarova and Patrick Bissell danced for the company in Manila.

The troupe’s reputation continues to pack a punch. Chris Millado, Cultural Center of the Philippine’s artistic director, says: “It is one of the best in Asia.”