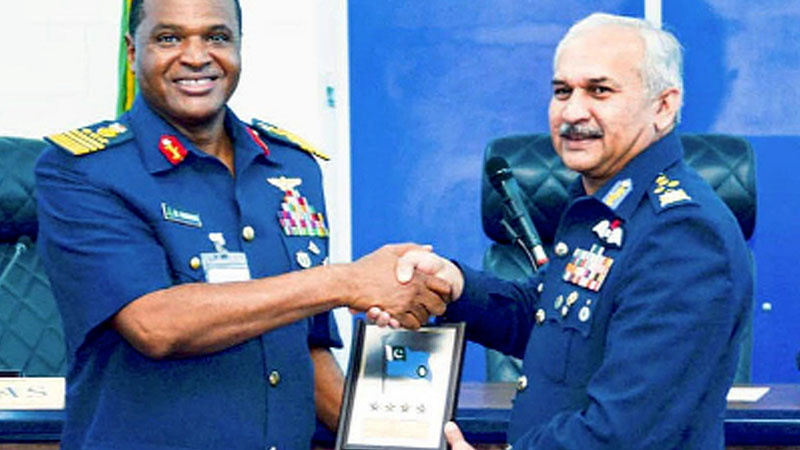 Chief of Air Staff Nigerian Air Force Air Marshal SB Abubakar has lauded the glorious history of the Pakistan Air Force (PAF) and also acknowledged the endeavours made by the PAF in modernisation and indigenisation of its fleet in recent years. Chief of the Air Staff Air Chief Marshal Mujahid Anwar Khan met the Nigerian military command during his visit to Nigeria. On arrival at Nigerian Air Headquarters, he was received by Chief of Air Staff Nigerian Air Force Air Marshal SB Abubakar. He was presented Guard of Honour by a smartly turned out contingent of the Nigerian Air Force. Later, the Air Chief called on his counterpart in his office. During the meeting, the Air Chief said that the excellent mutual cooperation has always been a matter of pride for both the sides. Both the dignitaries discussed ways and means to further enhance and continue exemplary mutual cooperation between the two air forces.