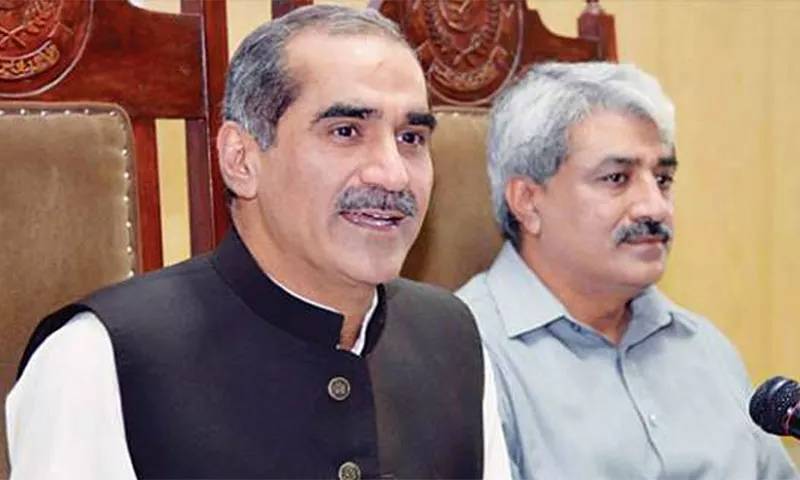 Khawaja brothers had filed petitions for their acquittal and also challenged jurisdiction of the court in the case.

Accountability Court Judge Jawad ul Hassan announced the decision, which was reserved in a previous hearing.

The accountability court extended judicial remand of Khawaja Saad Rafique and Salman Rafique till Oct. 30.\ The court directed the National Accountability Bureau (NAB) to continue its work as the law. The court also summoned witnesses to record their statements in next hearing of the case. The court had indicted Pakistan Muslim League-Nawaz (PML-N) leader and Member of the National Assembly Khawaja Saad Rafique and his brother Salman Rafique in the Paragon Housing Society case.

The Khawaja brothers have been accused of embezzling an amount of around two billion. The court indicted both the PML-N leaders in the reference and provided copies of the indictment; however, their lawyer opposed the indictment and requested the court to grant 7 days to read the documents.

To this the judge said, the court has only indicted the suspects in the reference, not punished them.

It states that the former railway minister received monetary benefits to the tune of Rs58 million from the society whereas his brother Rs39 million.

Separately, an accountability court has adjourned the hearing of the corruption reference against former finance minister Ishaq Dar till October 23.

Later, the court adjourned the hearing as the defence lawyer and the investigation officer will continue its cross-examination

Earlier on October 9, the investigation officer of the National Accountability Bureau (NAB), Nadir Abbas, had submitted the 2007’s initial probe report compiled over charges of corruption against Dar.

To this, the defence counsel argued whether the investigation officer could produce the letter regarding the completion of the probe against Ishaq Dar. Abbas replied that the letter is not with him at the time of the hearing.

Later, the court ordered the anti-corruption watchdog’s officer to produce the letter before the court and adjourned the hearing till October 16. It may be mentioned here that the court has declared Ishaq Dar as a proclaimed offender due to his continuous absence from hearing of the case. A Memorandum of Understanding (MoU) signed between British and Pakistan authorities over Ishaq Dar’s extradition to Pakistan. He is facing charges of accumulating assets beyond known sources of income.

During the proceedings, the court approved Shehbaz Sharif’s plea seeking exemption from the hearing.

Responding to a question regarding reference, the NAB prosecutor told that reference will be submitted in the court soon after the completion of the investigation.

To this, the court ordered the bureau to present the progress report I next hearing and extended Hamza’s remand till October 30. Meanwhile, the Sindh High Court (SHC) extended the interim bail of the all co-accused in assets beyond income case against the Pakistan People’s Party (PPP) senior leader Khursheed Shah.

The high court approved the temporary exemption for appearance in the hearing of Shah’s wives and asked all accused persons to cooperate with the National Accountability Bureau (NAB) to carry on investigation in the case. The court questioned the progress of the probe with the NAB prosecutor appeared in the hearing. To this, the prosecutor apprised SHC that Shah was under physical remand and investigation is underway.

The anti-corruption watchdog got details of Shah’s bank accounts and other important evidences, the prosecutor added.

The official detailed that the wives of Khursheed Shah, Bibi Gulnaz and Bibi Tallat, are among the co-accused, whereas, Zeeraq Shah, Farrukh Shah, Laddu Mal, Pehlaaj, Ijaz Baloch, Ajeet Kumar, Qasim Ali Shah, Aftab Soomro and others are also nominated in the corruption case.