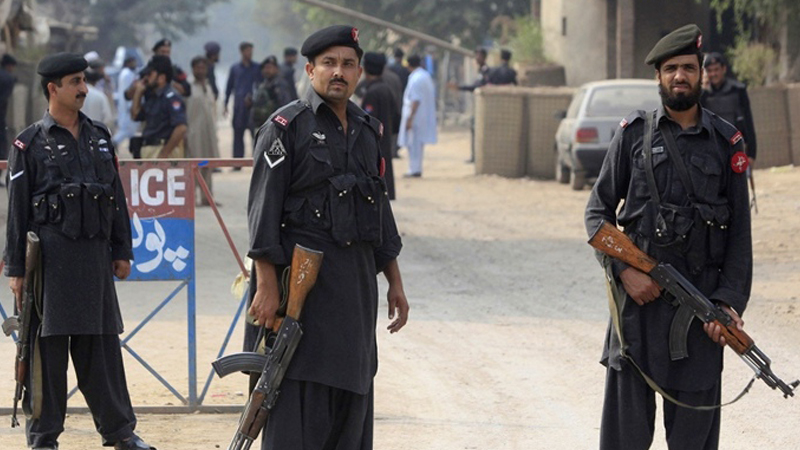 At least three protesting drivers were killed and another wounded when Frontier Works Organisation (FWO) personnel opened fire in an attempt to disperse a demonstration on the Superhighway near Karachi on Wednesday, police said.

Several drivers of heavy vehicles were shot during their protest near Kathore against what police said was an attempt by personnel of the FWO, the construction wing of the armed forces, to implement a recent Supreme Court judgement.

Karachi East DIG Amir Farooqi told a private news channel that there was a conflict over excel load between the drivers and the FWO personnel. He recalled that the apex court had recently given a verdict in which some restrictions were imposed on heavy vehicles regarding carrying a certain amount of maximum load.

“FWO personnel were trying to implement the SC verdict,” the DIG said, adding that the drivers of loaded vehicles started parking their trucks on the highway in protest against the move.

Citing initial reports, he said when the FWO personnel tried to prevent them from doing so, the drivers allegedly pelted stones at them.

The FWO personnel then resorted to aerial firing to disperse them, DIG Farooqi said, adding that as a result, some people received bullet injuries. The officer did not elaborate how the aerial firing resulted in fatalities.

The wounded drivers were initially transported to the Jinnah Postgraduate Medical Centre (JPMC) where doctors pronounced three of them dead on arrival. Dr Seemin Jamali, executive director of the hospital, confirmed the development and said that an injured person was under treatment at the facility.

Those killed were identified as Ayub, Niaz Ali, and Rasool Khan. According to Dr Jamali, Ayub and Niaz sustained bullet wounds on their back and chest, respectively.

Contingents of police rushed to the site to prevent the situation from deteriorating further.

DIG Farooqi said that at present, police were trying to get the Motorway opened for traffic as the main artery, which links Karachi with other parts of the country, had been closed for the last two hours.

The officer said that no one has been arrested so far. He added that police would ascertain who opened fire at the protesters and a “legal course” would be adopted to deal with them.

Meanwhile, Sindh Inspector General of Police Kaleem Imam took notice of the firing incident and sought an immediate report from the Malir SSP.

“Legal action should be ensured against the suspects involved in the incident,” the Sindh police chief was quoted as directing in a statement. The FWO has yet to issue a statement on the incident.