‘Joker’ — beyond perfection or run of the mill? You decide!

* Its title character’s origin is from comic books 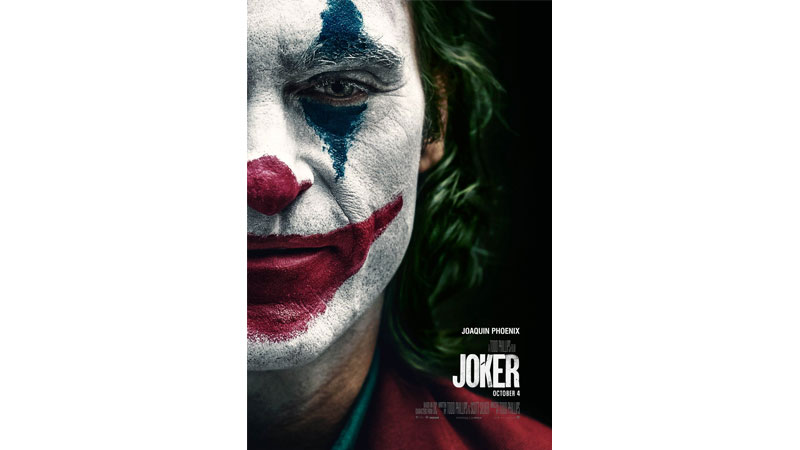 ‘Joker’ is a Hollywood film that is a tale of villainy, pathos, violence and agony. With a runtime of 2 hours 2 minutes (122 minutes) falls in the genre of crime, drama and thriller. Directed by Todd Philips it has been rated at 9/10 on IMDB.

Its title character’s origin is from comic books. Todd Phillips framed his film and character of the Joker himself as a super serious, dark edgy, modern treatment of the anti-hero.

Looking in depth at Arthur Flecks character, one comes to the conclusion and I quote, “It’s not Fleck who’s mad, it’s the world that’s gone insane.”

It’s the disability of Fleck to be unable to discern between what’s real and what’s true about his past and present that come across as the main thematic concern of the film. Fleck’s origin story is a mystery which may or may not be linked to the most powerful man in Gotham City. Whether Fleck’s laughing disorder is hereditary or rooted to a history of childhood abuse is a question that unfolds through the course of the film!

“The new Todd Phillips film that follows the origin story of Batman’s biggest foe, hit theatres last week and has stirred up a lot of discourse. Many people loved the film but others don’t agree that it was an “insane masterpiece.” One such person is Dan Slott, the comic book writer known for The Amazing Spider-Man, She-Hulk, Silver Surfer, The Superior Spider-Man, The Mighty Avengers, and more.”

Whilst critiquing the film, he says & I quote:

“That was the rancid little cherry on top of this god awful sundae.”

“Good cinematography, score and even an excellent performance doesn’t fix the meal if the recipe is bad.” He is clearly not impressed by the remake of the DC (Digital Comics) comics.

The plot is set in Gotham City where a mentally troubled comedian is disregarded and mistreated by society and that is what causes him to enter a bloody revolution of a series of murders. The path brings him face to face with his alter ego ‘The Joker.’

“All I have is negative thoughts.”

Joker is a fantastic film. With witty dialogues and a strong plot, it executes the storyline with great finesse and skill. Although the concept isn’t new that of taking from the rich to give to the poor yet the way it is done is entirely novel and unique.

The joker is a clownish personality who suffers from a syndrome of laughing too much. However, as the audience gets a peek into his past it is told why he was the way he was!

“I used to think my life was a tragedy, but now I realize it’s a comedy.” A heavy dialogue that portrays a grave reality!

Looking in depth at Arthur Flecks character, one comes to the conclusion and I quote, ‘It’s not Fleck who’s mad, it’s the world that’s gone insane’

His abnormal behaviour is because of the selfish streaks in his parents. As the joker tries to fight for his right by asserting his might, he creates a persona for himself of hiding behind the façade of a clown. Just like Spiderman and Robin-Hood who too support the inferior by fighting the rich and powerful or superior, the joker too finds a place with the have-nots against the haves of the society.

Tired of being laughed at and made fun of the joker has a weird energy to destroy all those who laugh at him and at those like him, who are deprived.

In one of the incidents in the film where he kills a man from the police to defend a dwarf for being called a midget, it portrays a sensitivity which only the joker is capable of feeling. Similarly, as he kills Thomas Waynes, Murrey, and the three young men on the train it all depicts a complex pattern. The killings are based on one factor-they are all rich and spoilt persons.

As the joker finally accepts his crime on the show with host of the show Murrey himself and I quote as he reads from his diary:

“I just hope my death makes more cents than my life.”

When the police finally arrest him, their attempt to punish him is made futile as all the clowns who hear his story on Murrey’s show come forward to his defence, rescuing him and making him into a hero! “I just hope my death makes more cents than my life.”

The joker then becomes symbolic of the brave and courageous, of being a savior of mankind and of possessing a soft and tender heart that eliminates the powerful and corrupt in favour of the meek and powerless.

The mask behind which the protagonist hides, that of a clown is symbolic of the power that the Joker has over the so called fair and just system of the country!

One of the greatest dialogues and spoken by the Joker & I quote:

A powerful dialogue speaking volumes about the existentialist dilemma of why do we exist?

A great film indeed! A must watch! So, grab your tickets before time runs out!

Phillips conceived Joker in 2016 and wrote the script with Silver throughout 2017. The two were inspired by 1970s character studies and the films of Martin Scorsese, who was initially attached to the project as a producer. The graphic novel Batman: The Killing Joke (1988) was the basis for the premise, but Phillips and Silver otherwise did not look to specific comics for inspiration. Phoenix became attached in February 2018 and was cast that July, while the majority of the cast signed on by August. Principal photography took place in New York City, Jersey City, and Newark, from September to December 2018. It is the first live-action theatrical Batman film to receive an R-rating from the Motion Picture Association of America, due to its violent and disturbing content.

Joker premiered at the 76th Venice International Film Festival on August 31, 2019, where it won the Golden Lion, and was released in the United States on October 4, 2019. The film polarized critics; while Phoenix’s performance was praised, the dark tone, portrayal of mental illness, and handling of violence divided responses.

Joker also generated concerns of inspiring real-world violence; the film theatre where the 2012 Aurora, Colorado mass shooting occurred during a screening of The Dark Knight Rises, refused to show it. The film has grossed $556.6 million worldwide, making it the tenth highest-grossing film of 2019, and set box office records for an October release.