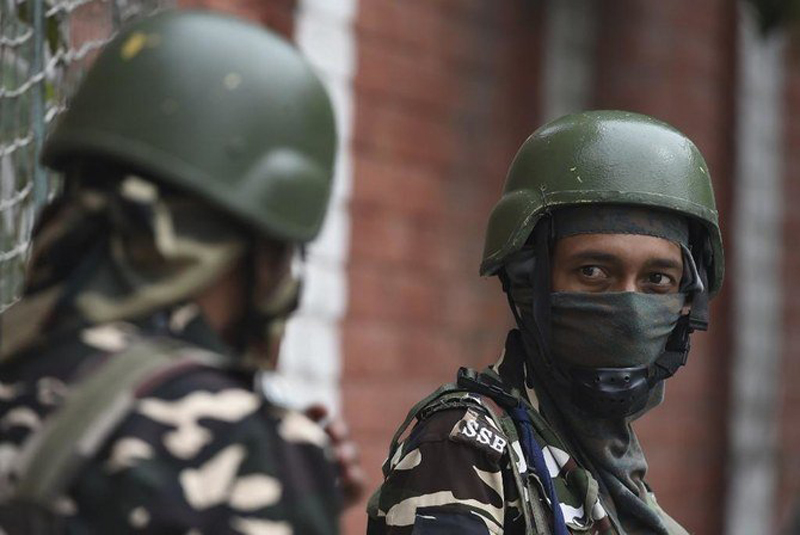 SRINAGAR: Indian security forces killed three separatist fighters, while suspected militants shot dead a migrant worker on one of the bloodiest days in Kashmir since New Delhi revoked the disputed region’s autonomy and special status more than two months ago.

The killings on Wednesday were the first since mobile telephone services were restored as part of gradual relaxation of security measures taken to curb violent unrest in Jammu and Kashmir state.

The government had cut off telephone and Internet lines before it revoked Jammu and Kashmir’s special rights on Aug. 5, striking down long-standing constitutional provisions for the Muslim-majority region that is also claimed by neighboring Pakistan.

A security lockdown is still largely in place, and broadband and mobile Internet connections remain unavailable to most Kashmiris.

The militants killed on Wednesday died during a gunbattle after soldiers, acting on a tip-off, raided a village in south Kashmir, two police sources told Reuters.

“Three terrorists were killed and the bodies were retrieved from the site of the encounter,” Kashmir police said in a statement. “Incriminating material, including arms and ammunition, was recovered.”

Neither the soldiers or police, who were also present, suffered casualties, according to the police sources, who spoke on condition of anonymity as they were not authorized to talk to the media.

Security forces imposed travel restrictions near the site of the gunbattle to prevent unrest, the sources said. Many Kashmiris hostile to India’s rule often gather to throw stones at security forces after militants are killed.

“Area has been cordoned and searches are going on,” Kashmir police said in a tweet.

Sagar, who worked as a laborer at brick kiln, was walking along a railway track in the Kakapora area when he was stopped by two people. “He was shot in the head,” a police official said, declining to be named.