Two children among three killed in cross-LoC firing by India 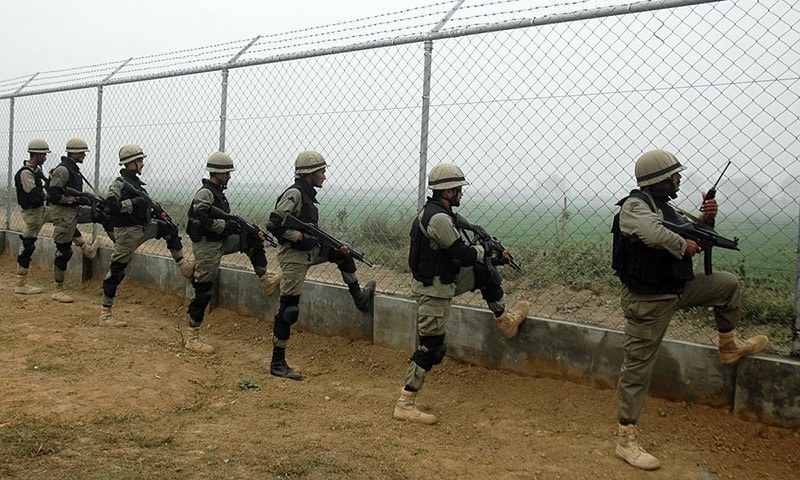 At least three civilians, two of them children aged 10 and 12, were killed and eight others injured in Azad Jammu and Kashmir after Indian troops resorted to “indiscriminate” shelling from across the Line of Control (LoC) on Tuesday, officials said.

The casualties were reported in different villages of Neza Pir sector of Haveli district, “where shelling began at about 12:30pm and lasted for four-and-a-half hours without any pause”, said Muhammad Zaheer, a disaster management officer at the office of Haveli deputy commissioner.

“They used mortars as well as medium artillery, targeting civilian population in Kairni, Rakh Chikhri, Chanjal Bala, Moohri and Mandhaar villages. The shelling was intense and indiscriminate,” he added.

In one house in Kairni Mohri village, shelling caused the death of three people and injuries to another two, he said.

The deceased were identified as Ghulam Muhammad, 54, his 12-year-old daughter Maryam, and 10-year-old Haider Ali.

In the same village, Naseeb Jan, 33, and her four-year-old son Sarfraz were also injured.