Eva gets her hair cut from the most affordable salon ever 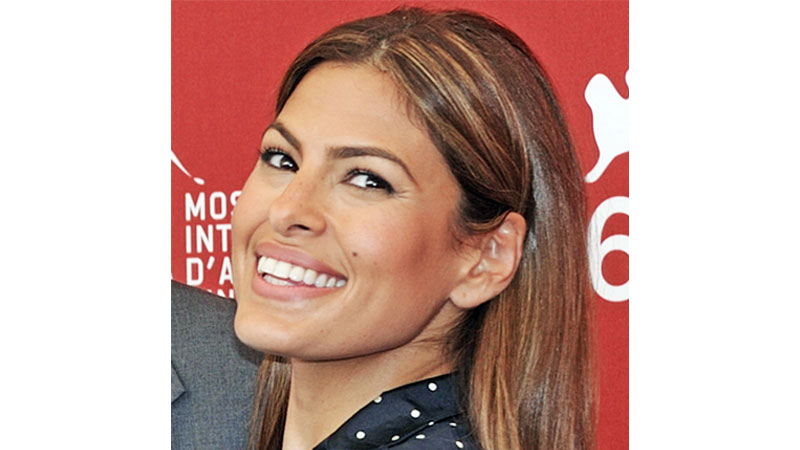 We are hair for this! We wouldn’t be lying if we said Eva Mendes is one of the few Hollywood stars who has remained down-to-earth, despite her major celebrity status. Case in point: On Monday, the 45-year-old actress and fashion mogul took to Instagram to reveal that she enjoys getting her hair cut at the ultra-affordable establishment, Supercuts.

No, your eyes aren’t playing tricks on you-the ‘Lost River’ actress is seriously a fan of the salon franchise! “Ok this is a terrible angle but thought you guys would like to know that yea, I stop into @supercuts every once in awhile,” she captioned her social media post. “Y que?! (and what?!).”

Eva Mendes even shared a selfie of herself for proof of her whereabouts. In the candid picture, she’s seated on the salon chair with damp hair and wearing a black barber cape, which has the company name embroidered on the piece. It’s unclear if the fashion mogul is simply getting a trim or if she’s going for an extreme chop. Whatever hairstyle she decides to go with, we’re sure it will be nothing short of fabulous.

This isn’t the first time Eva has showed off her down-to-earth side.

Just last month, she reminisced about the $15 dress she wore to her first-ever Toronto International Film Festival. “My first time at TIFF. No stylist. Dressed myself,” she shared on Instagram, alongside a photo of her dazzling coral gown. “This vintage dress cost me like $15. My own bag and jewelry.” She continued, “I wasn’t doing a “red carpet pose”. No I don’t long for that time, I just liked the simplicity of it all.”

Of course, the 45-year-old star is also known to rock her own (affordable) fashion pieces from her New York & Co. line. In fact, she recently slipped into a fun and flirty floral-printed design from her fall collection when she had a rare date night with her longtime love, Ryan Gosling.

“They were both pretty happy to be going out for dinner,” an eyewitness previously told E! News of the couple’s dinner date. “They held each other’s hand pretty tight from the restaurant to their car by the valet.” It’s safe to say Mendes is really just like us!