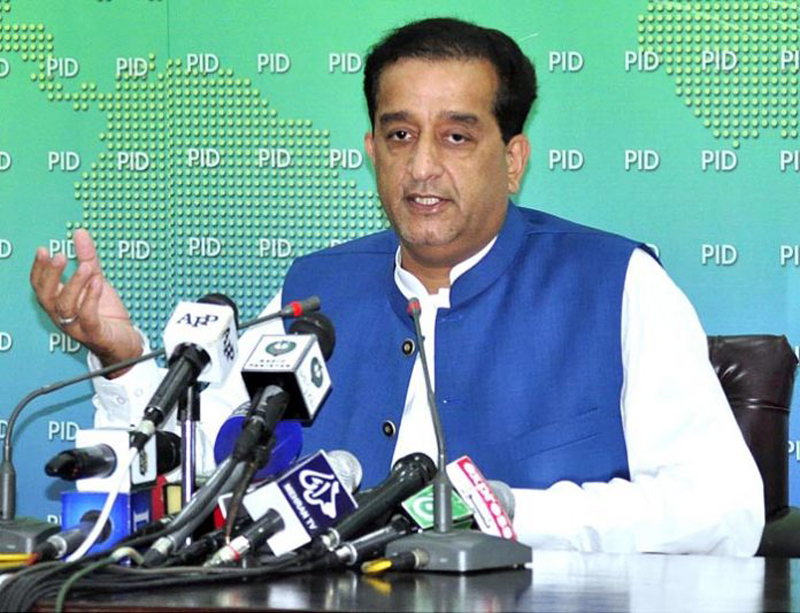 Addressing a media conference here, he said the first agenda includes 10 Billion Tree Tsunami (10 BTT) which is Rs125 billion project whereas Rs16 billion would be spent on the program for the ongoing year.

“Around 50 million olive saplings would be planted under 10BTT in the drought hit areas across the country,” he added.

The second agenda point was of ban on plastic bags which had achieved 80 percent success in the federal capital. However, in the next phase violators of the ban would be penalized, he said.

Amin said the third agenda was of Clean Green Index to be launched on October 30, 2019. Under this index, 20 districts would compete on 35 quantifiable targets based on cleanliness and solid waste management.

“Electric Vehicle Policy which has been drafted and presented to the federal cabinet is our fourth project as per the set agenda. It would get the cabinet’s approval in the next meeting,” the adviser said.

Amin Aslam told the media that Recharge Pakistan was our fifth project where the ministry is working on the project.

He informed that last year under Green Climate Fund around Rs20 billion had been given to Pakistan. However, the ministry had developed Eco-system Restoration Fund for the donor countries to participate in the environment conservation initiative being carried out in the country, he added.

Referring to the latest World Bank Report, Amin said the report had lauded the Clean Green Pakistan initiative of the Prime Minister and Green Punjab.

The cabinet, he said had approved the project to make Islamabad a green zone whereas in order to curb indoor pollution smokeless stoves project was also decided to give go ahead.

He said, “We will raise Indian transboundary pollution at all global forums as India is not willing to talk to Pakistan on the issue. The crop stubble burning in India has direct impacts on the ambience of the country resulting smog.”