TOKYO: Under-pressure start-up WeWork is considering two huge bailout plans including a cash injection that could see Japanese investment titan SoftBank take control of the firm, according to reports.
The office-sharing giant had been on course for a massive initial public offering until last month when questions began to be asked over its governance and profit outlook. 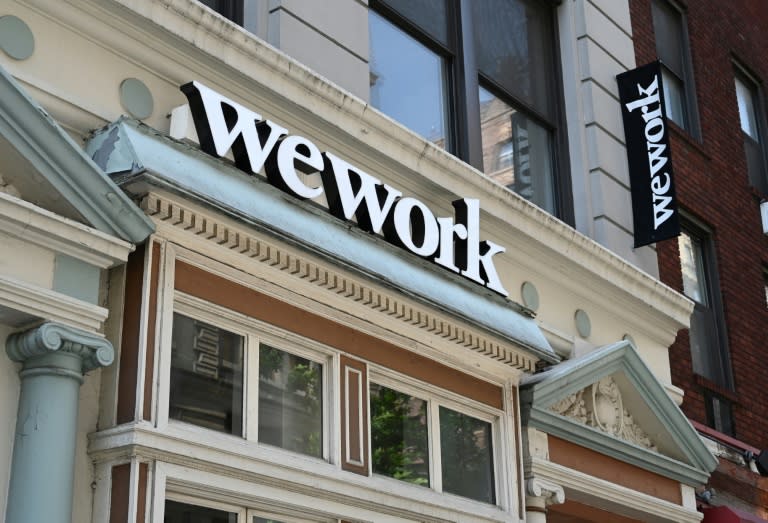 The firm’s valuation plunged from $47 billion in January to less than $20 billion in September and the listing plans have been dropped, while co-founder Adam Neumann stepped down as chief executive.
With New York-based parent company We Co. not expected to push for the IPO this year, the cash-strapped firm is looking for a financial lifeline.
The Wall Street Journal, New York Times and Bloomberg News cited unnamed sources close to the talks as saying SoftBank — the US firm’s biggest shareholder — had drawn up a proposal that gives it full control of WeWork.
The move would dilute the voting power of Neumann, who remains as chairman of the company he started in 2010 and also currently maintains control a majority of voting shares.
They also reported that WeWork is looking at a deal with Wall Street giant JP Morgan to raise $5 billion in debt, with the Times saying directors of We would be meeting as soon as Monday afternoon to discuss that.
“WeWork has retained a major Wall Street financial institution to arrange financing,” the Journal reported a company spokesman as saying.
“Approximately 60 financing sources have signed confidentiality agreements and are meeting with the company’s management and its bankers over the course of this past week and this coming week.”
The New York-based startup that launched in 2010 has touted itself as revolutionizing commercial real estate by offering shared, flexible workspace arrangements, and has operations in 111 cities in 29 countries.
However, the company, which lost $1.9 billion last year, has faced skepticism over its ability to make money, especially if the global economy slows significantly.