Pakistan government makes an offer to the Afghanistan parliamentarians

Speaker National Assembly Asad Qaiser Monday said that Pakistan was ready to offer its services for enhancing the capacity of the Afghan Parliamentarians and parliamentary officials through the platform of Pakistan Institute for Parliamentary Services (PIPS). 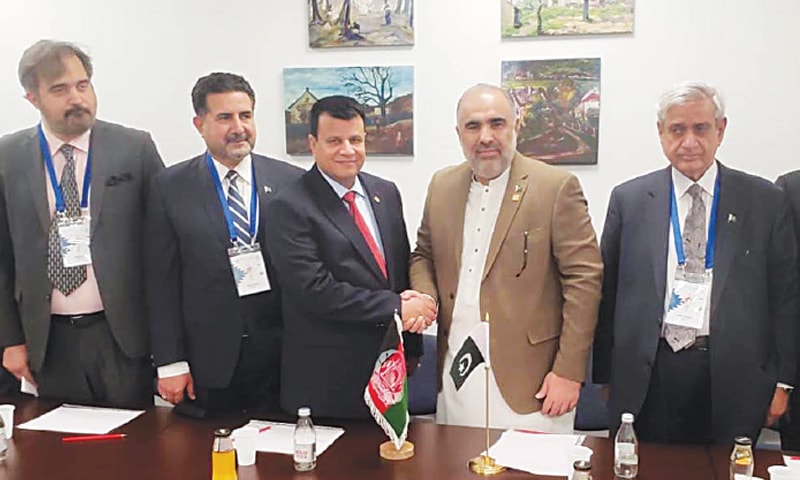 An important breakthrough in the relations of Pakistan and Afghanistan took place when the Speaker two sides decided to hold bilateral talks at parliamentary levels to promote cooperation and understanding as well as to evolve trust based strategy for fostering people-to-people contacts, said a press release received here.

The development took place when Asad Qaiser met with his Afghan counterpart, Rahman Rahmani on the on the margins of the 141st Assembly of the Inter-Parliamentary Union (IPU) in Belgrade, Serbia.

Mr Qaiser extended an invitation to Mr Rahmani for leading a parliamentary delegation to Pakistan to discuss the outstanding bilateral issues, including relaxation in visa regime as well as expansion of trade and commerce between the two countries.

While informing the Afghan delegation about the Indian brutalities in held Kashmir, Asad Qaiser also urged the Afghan speaker to play his role in normalizing the situation in the valley, which was under siege for 72 days.