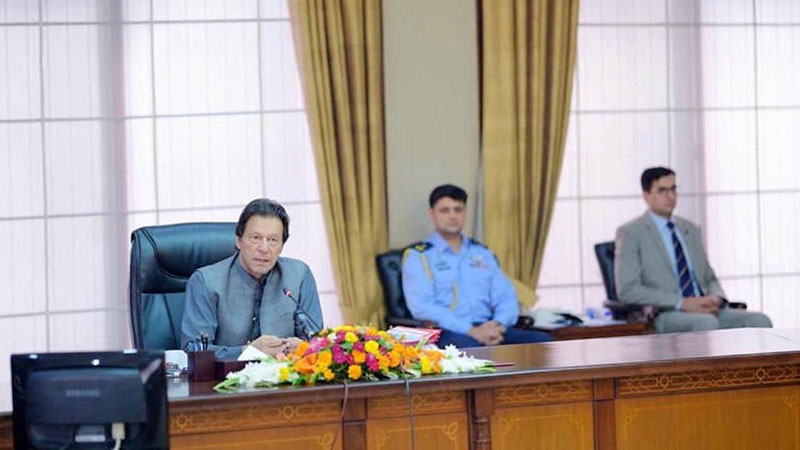 Special Assistant to Prime Minister on Information and Broadcasting Dr Firdous Ashiq Awan Monday said Prime Minister Imran Khan has directed the relevant authorities to keep the prices of essential commodities in check to provide relief to the common man.

The prime minister while chairing a cabinet meeting ordered strict action against profiteers and hoarders and directed the minister of planning to keep in control the prices of items part of the food basket which are used by the people on a daily basis.

Dr Firdous said the prime minister took the cabinet into confidence about his visits to China and Iran. The prime minister’s visit to China was successful, during which China declared Kashmir as a disputed territory and extended its all support to Pakistan on the important issue, she said. The prime minister, she said, held detailed discussions with the Chinese leadership on economic, defence, social, business, strategic and trade matters in order to follow a futuristic roadmap of bilateral cooperation.

The cabinet was also informed about the prime minister’s visit to Saudi Arabia scheduled for Tuesday. The special assistant said the cabinet considered a 12-point agenda.

The cabinet ratified the decisions of its Economic Coordination Committee. It was decided to make a land bank for the land in possession of Evacuee Trust Property Board (ETPB) to use it for public benefit by establishing schools, colleges, hospitals and parks through a well thought out plan, she added. The ETPB chairman informed the cabinet that 1262 acres have been recovered during the period of the present government.

The prime minister after taking a briefing directed that a uniform mechanism should be made to recover the state land illegally held by certain people. He also directed that the prices of essential and anti-cancer medicines should be kept in reach of common man, she said, adding the health ministry will move a summary to decrease the prices of 89 medicines.

The cabinet approved the appointment of Dr Ismat Tahir as managing director of National Fertilizer Marketing Company. It also approved the appointments of Masood Naqvi as the member of Securities and Exchange Commission Policy Board and members of health boards under the Islamabad Health Regulation Act, Islamabad, 2018. It also approved Real Estate Regulatory Authority under the Real Estate Regulation and Development Act to regulate and facilitate the sector through an institutional mechanism.

A new master plan for Islamabad was also approved, she said, adding international level architects and professionals will be hired to execute the master plan with a timeline of two years with the help of a database. The first master plan of Islamabad was approved in 1960 and according to international practice for urban development, after 20 years such plans were revised. Due to absence of the new plan, mushroom growth of housing societies and unplanned urban expansion happened and there were challenges of sanitation, drainage and environmental protection and clean drinking water was not available in the capital as per requirement. The unplanned growth damaged the beauty of the city and put at stake the image of the federal capital, she explained.

Dr Firdous said it was decided to take up the G-6 sector in Islamabad as the pilot project under the new master plan. The cabinet approved building of a state of the art and modern housing sector in G-6. It was decided to restructure the policy on zoning of sectors and high rise buildings. The people of Islamabad were facing difficulties due to shifting of responsibilities between Capital Development Authority (CDA) and Islamabad Metropolitan Corporation (IMC) which was not fully empowered, she observed. She said in the master plan, different bypasses, ring roads and highways were proposed to divert traffic coming from other parts of the country away from Islamabad. The cabinet principally approved the separation of policy making and regulatory powers of CDA and make it a modern and autonomous organization. Dr Firdous said the cabinet also approved a policy for establishing langar khanas under the Ehsaas Programme through public-private partnership. To a question, she said recommendation was forwarded to the National Accountability Bureau (NAB) to look into the concerns of bureaucrats and businessmen. She said Maulana Fazlur Rehman is protecting the looted wealth of leaders of the two parties – Pakistan People’s Party and Pakistan Muslim League-Nawaz, adding if Maulana had public support he would not have been out of the Parliament. She said it was left to the provincial governments to take a decision on how to deal with the sit-in of the opposition parties. Nawaz Sharif and Shehbaz Sharif are not the same page on the issue of sit-in, she added.